Ulisses Spiele, the German tabletop games publisher, have brought the Possibility War to Kickstarter. It’s going well for them and the campaign to publish Torg Eternity – Aysle has pushed well past its funding goal. You can follow progress at the campaign page.

There’s a lot packed into each pledge which makes it expensive. The lowest pledge that unlocks any goods is €36 (about £22). That’ll get you the Aysle Treasure Coffer in PDF and digital file and all Unlocked Treasure Coffer Stretch Goals.

What’s in the Treasure Coffer? There’s the mega-adventure Cosms Collide, a sheet of Threat Blips, 5 new Threat Cards, the Aysle Possibility Tokens, a CD soundtrack and items still to be unlocked.

However, you need to find at least €45 to get the Aysle Sourcebook, which is in print, and that’ll come with the PDF/digital files of the Treasure Coffer for you.

The most popular tier will set you back €175 (about £155), and that’ll get you the Aysle Sourcebook, Revenge of the Carredon, When Cosms Collide, Aysle Treasure coffer Box in print and the Treasure Coffer box and stretch goals in PDF.

You still need Torg to play the game.

Aysle is a realm of magic. It’s a conflict between High Lord Uthorion (currently a Viking) and his nightmares and necromancers against the Storm Knights. In the areas, Uthorion controls magic functions, but technology falters and yet the knights fight on.

What are your GM tips for Torg? Is it as hard to keep up with the players as its reputation suggests? 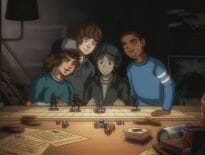 Anime This video proves that Stranger Things is perfect … 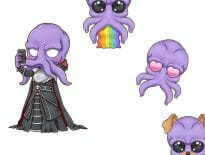