You can download Secrets of the Dead Lands for free.

The name comes from an officially announced, but I don’t think ever realised, Dark Suns adventure dating back to 1999. TSR days.

Wizards of the Coast then gave The Burnt World of Athas permission to finish the project. The result is a Dark Sun D&D sourcebook that is both WotC and fandom simultaneously.

The footer at the bottom of Athas provides some more context;

This site is recognized by WotC as the Official Dark Sun site on the internet. Content created on the official website is considered to be derivative work (as it is based on the intellectual property owned by Wizards of the Coast). This means that fan-created add-ons (such as new net books, adventures, etc.) are jointly owned by both Wizards of the Coast and the creator; neither can do anything outside the official website without the permission of the other.

The Dead Lands are a large area in the Dark Sun setting and the Secrets of the Dead Lands will come as a 4 part series of books. Athas say;

Dark Sun is a controversial topic in the D&D community as the setting contains unpleasant elements and tropes. For some, though, that’s part of the attraction. It’s a dark setting.

Original Dark Sun assets are increasingly collectable, and a case in point is this mint condition, with certification, TSR Dark Sun promo print which hit eBay with a $250 bid. 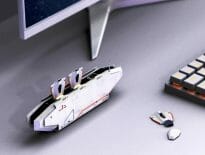