You are here: Home / TV / Anime / This video proves that Stranger Things is perfect as an anime

This anime has a proper 80s vibe to it. Where’s it from? It’s from a YouTube channel called Octopie. Octopie is barely three months old and already has 80,000 or so followers. It’s tapping into the fanverse for growth and Stranger Things isn’t even its top video.

Octopie are the hosts, though, the video was made by Humouring the Fates, an animation studio who has worked with everyone from Disney, Nike to a bunch of ad agencies.

The Humouring the Fates website says they’re the team behind this NSFW PostHuman video which Geek Native blogged about 5 years ago and I still recognised from the thumbnail. That’s a sign of a good video.

Would you like to see Humouring the Fates do a full-length Stranger Things anime?

Netflix might even get away with running ads if they let Humouring the Fates make a full length ST anime.

This video proves that Stranger Things is perfect as an anime 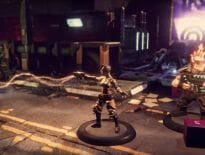 Sites Tale Spire show us how cool a cyberpunk RPG could … 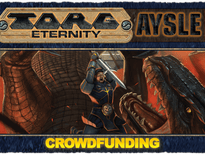