You are here: Home / Geek Stuff / Sites / Ahegao cosplayer bottled her bathwater and marketed it at $30 a tub until it sold out

Belle Delphine is an NSFW and Instagram based cosplayer with 3.9 million followers. It’s a business model we’re all now familiar with, cute and sexy Instagram pictures that push but do not cross the social media platform’s rules, linked to a Patreon where fans can get racier images in exchange for a monthly subscription. Equally, these young entrepreneurs often monetise their fan base in other smart ways, and Belle has an online store where you can buy her posters and bathwater.

Three days ago she hit on the idea to photograph herself in a gamer girl (her shtick) one-piece, sit in the bath and offer tubs of her bathwater to “Thirsty gamer boys”.

The initial comments on the post seemed to come out against the stint. But the water sold out.

A note on Belle’s store stressed that the water should only be used for sentimental purposes and should not be drunk.

In a follow-up message, the South African born woman admitted she didn’t expect to be having so many baths or that the first batch would run out.

What do you think? Canny entrepreneur or someone trading regrets for a quick buck? 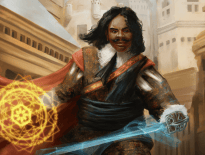 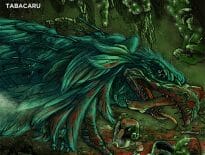