Wizards of the Coast and DriveThruRPG have today launched DnDClassics.com. This is a new online store for D&D material. There are 80 titles available today, for launch, and it is expected that additional batches of titles will be added to the store starting in February.

Dungeons and Dragons PDF downloads have been made available previously but Wizards of the Coast have re-mastered with better quality scans and re-bookmarked. If you’ve already bought, from DriveThruRPG, one of the books that are being re-released then you should find the update in your account free of charge. That’s one of the benefits of buying in electronic format. 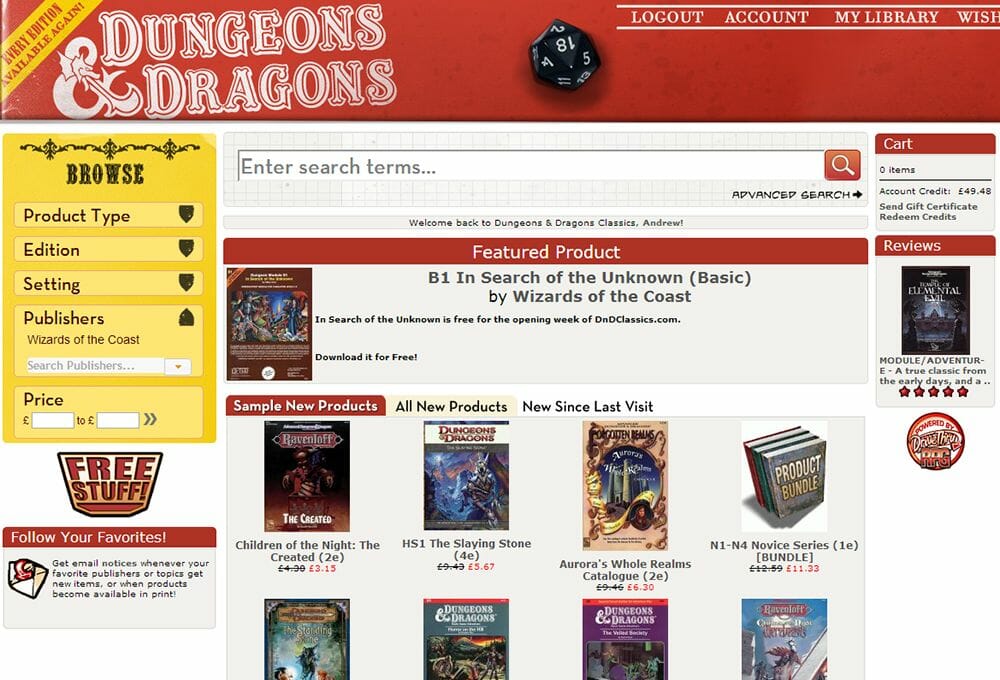 Prices are likely to range between $4.99 and $19.99 for most downloads and there’s no news on the next edition; D&D Next.

Gamers with accounts at either DriveThruRPG or RPGNow will be able to use those sign ins to access DnDClassics.com.

OneBookShelf, owners of DriveThruRPG, have prepared a set of affiliate banners to support the launch. There’s only one IAB standard 468×60, the mainstay of banners for years, but many more larger banners including three 600×400 units that pack a far greater punch. 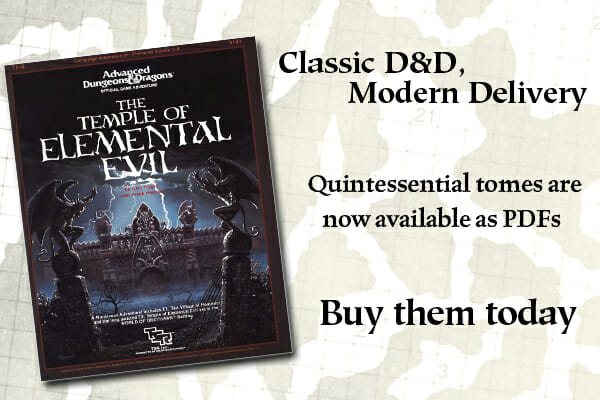 Through RPGNow and DriveThruRPG the RPG PDF market is dominated by OneBookShelf. The partnership between Wizards of the Coast and OBS felt like only a matter of time as an increasing number of publishers reported a challenging 2012 for print while digital downloads continued to prosper.

Liz Schuh, who directs publishing and licensing for Dungeons and Dragons, told Wired.com;

“A lot people have a passion for and memories of these older products,”

“We don’t want them to go to torrent sites. Why not give them a legal route?”

Mike Mearls also talked to Wired.com about the nostalgia of old school gaming. He said;

“You can always find these things on eBay,”

“But like baseball cards in the 1970s, no one took care of them. You have to pay a premium for it.”

Online Shows Gaming geeks up for Shorty Awards
💰 Copper Coins 💰 Geek Native is an affiliate and may earn commission on purchases you make from third-party sites.
🍪 Privacy & Cookies 🍪 The site uses cookies to survive. By accessing the site, you agree to use your browser to control cookie use or take 1d4-3 privacy damage (tracking). If you defeat cookies via ad blocking, please consider the Patreon. An intro to cookies, and how to control them, can be found here. I Manage Cookies