A Trick of the Light was one of Stan Lee’s final projects. The Audible Original audiobook was co-created by Kat Rosenfield and is now narrated by Yara Shahidi.

There aren’t any other Audible listings for Yara as a narrator but her IMDB page voice credits for Tollhunters: Takes of Arcadia and actress appearances in Grown-ish and Black-ish.

The audiobook is released today, costing either 1 credit or £24.05. Geek Native has done lots of price investigations into Audible and can say a £24 price tag makes the book more expensive than average, and so credit is worth considering. The book is 11 hours and 47 minutes long, which is a touch on the short side, and if the duration was your primary consideration, then this is an expensive book. I guess we’re paying for the multiple authors and celeb involvement.

In the story, we have a mysterious character called Nia who seems to have her destiny bound up with a wanna-ba YouTuber called Cameron Ackerson. Together the pair end up trying to work for a better online universe while a dodgy group called OPTIC begins to move against them.

A book like this gets handed to reviewers ahead of launch. Gail Simone said;

A Trick of Light is uncannily frightening, amazingly modern, incredibly moving and impossible to put down. You will recognize these characters, and you may be surprised to see yourself in their struggles in an increasingly over-connected, yet under-considered world. There are fears here that didn’t exist when Marvel Comics was created, and it’s fascinating to see Stan and company take the scalpel to them, and the listener. Listen to this book.

Reviews from listeners are already beginning to come in. There’s only a handful, but there’s an average of 4.5/5 so far. The lowest score comes for a 1/5 (one review) for the narration, and that’s in contrast to the other 5/5s here.

You can download A Trick of the Light today from Audible and you can always make use of their free trial month.

Are you an audiobook fan? Let us know if you’re excited about this release or teleport to a random Superhero Week article. 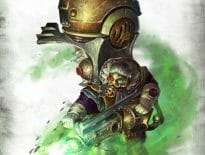 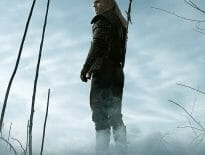