You are here: Home / TV / Something inhuman approaches: A teaser for Carnival Row

Carnival Row is a Victorian fantasy series from Amazon Studios that features Orlando Bloom (Lord of the Rings) and Cara Delevinge (Suicide Squad).

We don’t see much of the eight-part series from this trailer, but we certainly get the urban fantasy vibe. Delevinge is a refugee faerie called Vignette Stonemoss.

Vignette finds herself in an affair with Rycroft Philostrate, played by Bloom, and in an intolerant society. That’s just the start. A string of gruesome murders gives Philo his most important case to date, and Stonemoss has a dangerous secret she’s keeping from him.

Carnival Row is due out at the end of August and will stream to some 200 countries.

Do you like the look of the trailer? Magic up a conversation about it in the comment area below or flutter over to chat elsewhere on the site.

Something inhuman approaches: A teaser for Carnival Row 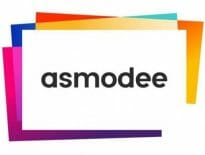 Geek Stuff Asmodee have a secret video project, and they̵… 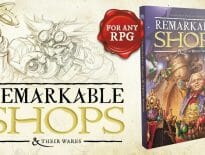 Tabletop & RPGs The ultimate guide on TTRPG shops: Remarkable Shop…
wpDiscuzComment Author Info
Manage Cookie Consent
This site uses cookies 🍪, and links are ads that may earn bloggers some money 💰, and with this alert, I very much hope that these dark truths 🧌 are acknowledged.
Manage options Manage services Manage vendors Read more about these purposes
Preferences
{title} {title} {title}