You are here: Home / Geek Stuff / Asmodee have a secret video project, and they’re recruiting

Asmodee is on an entrepreneurial role right now. They launched Gamegenic at the end of May, a studio to make gaming accessories, and now they have an unannounced video project.

How do we know? They’re recruiting for it.

The distributor is looking for a video production intern. The position will last for three months, and all going well, the job may become full-time.

What will the intern be doing?

SRT scripts are used for putting captions or sub-titles on videos.

At the end of the posting, Asmodee add;

This role is primarily about creativity – as a tabletop game company, we’re all about telling amazing stories through the medium of games. An interest in tabletop games is beneficial, but not necessary.

Asmodee UK (nee Esdevium), part of the huge Asmodee Group, doesn’t say much about what the new project is. However, video reviews and news are booming right now in the tabletop and board game space.

Publishers are paying high rates to get their products featured in popular channels and streams. It would make sense for Asmodee to have an audience of their own. Is that their plan? They don’t say, but with an intern starting mid-July and with a position until September, we should only have to wait a few more months to find out.

Asmodee have a secret video project, and they’re recruiting 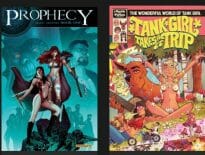 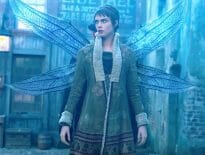