Inspired by systems like Powered by the Apocalypse and Fate Core and genres like cyberpunk and dieselpunk, Harsh Generation is an inclusive experience storytelling RPG. It has funded on Kickstarter and, at the time of writing, still has two weeks for pledges.

A pledge of $15 will get you the full release in PDF, $20 gets you the same except with a limited edition Kickstarter cover and $30 a limited run of the rules that has full-page artwork and five short stories. You can go higher if you want.

Harsh Generation is set in Philadelphia, now in 2300 known as 2300. It’s a city of Nonbinary Love, and the game itself has themes of a far-future American theocracy, body modifications, community and the occasional zany adventure.

The storytelling game has been written without real-world racism, sexism, homophobia, ableism or anything else likely to act as an unwelcome trigger. However, what happens in the game is up to the players, Delphia isn’t a nice place.

This is author Emily O’Neil’s first Kickstarter project, but they clearly have plenty of game experience. Some of the mechanics the game uses include the likes of Crises as broad custom experiences, Street Smarts, Mods, Hazards, Stress and even Community Rules. 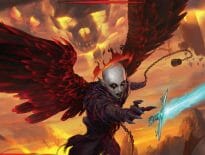 Tabletop & RPGs Dungeons & Dragons did you know: Avernus is a… 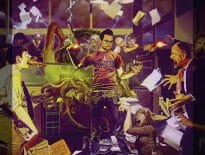