You are here: Home / Games / Tabletop & RPGs / A preview of Era: The Chosen a horror RPG

Last August Geek Native covered the Kickstarter for Era: The Chosen. The pitch video was full of great art, the campaign funded in days and the horror from Shades of Vengeance is a struggle against invading demon forces.

Era: The Chosen is set of three different periods; Renaissance, Industrial Revolution or Modern. The forces of both humankind and the demons, of course, are busy and the experience you’ll have in a Renaissance game is different from one set in the Modern era.

Shades of Vengeance shipped the digital version of the core rules, and players guide to all the Backers at the start of May. At the end of May, they’ll be at the UK Gaming Expo (Hall 2, 401) and it feels like a good time to take a look at the otherwise yet to be published game. Luckily, they’ve provided a generous preview.

The preview opens with maps and then moves the spotlight on to The Chosen and The Anonassi. There are three dimensions; Aether, the Lost Lands and Erebus.

We’re introduced to the current state of affairs in the War against the Anonassi. This is where we see the timeline for the three eras.

Next, the preview skips ahead into Character Creation. There’s enough in this preview get to grips the Terror and Triggers system Era uses. We’ve sample attributes and skills as well as Era: The Chosen Specialities (like bar fight veteran) and derived stats.

The preview looks at equipment and at some of the bestiary. In terms of monsters, we’ve hellhounds, strange looking spider-like horrors called Kapavuk and worms.

Finishing off the 35-page preview is a look at some of the d10 rules. We return again to the concept of Terror, Triggers and Trophies as well as a ranged combat system that makes the distinction between firing at a target and laying down covering fire.

A preview of Era: The Chosen a horror RPG 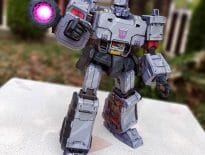 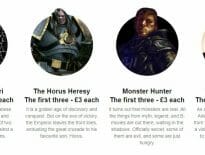