Free League Publishing are bringing out an Alien RPG that will support two different types of tabletop play style. The first is called cinematic and is a close match to the deadliness and tension of the film. The second is called campaign style, and we’ve learnt more about how that will work today.

Campaign-style in the Alien RPG is designed to be closer to the traditional tabletop model in which characters level up over a series of adventures. There’s more to the Alien RPG than just fighting xenomorphs.

Free League Publishing reminds us that these previews may change before the game is published but they’re confident enough to share the starmap of known space in the year 2183 AD. The map is called Stars of the Middle Heavens and shows the Core Systems, the Outer Veil and the Frontier. You can also see the human factions marked on it, factions like the United Americas and Three World Empire.

The Alien RPG will come with tools that will enable GMs to quickly create whole solar systems to explore. Random tables will help gamers put together planets, missions on those planets and encounters for those missions with just some dice rolls.

In campaign mode, the Alien RPG is an open-world sandbox of a game.

Free League’s co-founder Nils Karlen and designer Paul Elliott are the brains behind the system.

Within Campaign mode, there are three concepts which flavour the type of game you’ll have.

You can play as Space Truckers in the employ of big corporations or acting as independents. These characters are involved in haulage, legal or otherwise, though the trade is no longer as lucrative thanks to new FTL technology.

Alternatively, characters can be from the Colonial Marines set and be well equipped with the latest deadly weapons of humanity. Many of those weapons, of course, were made by Weyland-Yutani corporation. In this style of campaign-mode PCs could be supporting starcraft fighters, working on special R&D programs, acting as peacekeepers on the frontier or other similar martial roles.

The last style of campaign Free League has talked about to date are the Frontier Colonists. This is a dangerous role living on the edge of civilization. The reward? The chance to strike it rich with a fantastic discovery.

Updates on the Alien RPG are available from Free League Publishing’s dedicted site.

Alien RPG: Stars of the Middle Heavens and campaign play 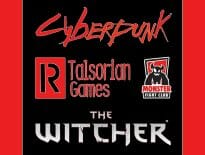 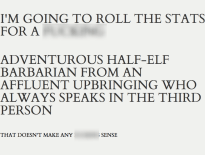