A roleplaying game based on the sci-fi horror franchise is due out this year. It’ll use a modified version of the Year Zero Engine, the same rules for Mutant: Year Zero, and will support two different types of game style.

One of those game styles is Campaign. That’ll let players take a long-term view to the alien RPG, create characters, level them up and spin an epic.

The other game style is Cinematic. It’s the Cinematic style that will most closely match how the movies feel. People will die.

Acts 1 and 2 in a Cinematic play style are the ramp up in any game. Free League Publishing has so far only described the Cinematic style as pre-written adventures with pre-written characters. Balance, it seems, is key and difficult. Acts 1 and 2 are written so that the player conflict baked in Personal Agendas are kept discreet. It is in Act 3 when you discover who your true friends are if they’re any of them still alive.

This style certainly fits the movies. Ripley found herself up against Ash in Alien and then Burke in Aliens.

Chariot of the Gods

The Alien RPG core rules will include a pre-written Cinematic style of game called Chariot of the Gods. This particular scenario is also designed to introduce players to the rules and the Frontier.

Characters in the scenario will be the crew of the USCSS Montero, will work with 3 to 5 players and take about 5 hours to complete. Chariot of the gods is written by the Alien RPG’s lead setting writer Andrew E. C. Gaska. Gaska is a franchise consultant on Alien for 20th Century Fox. However, Free League’s Tomas Härenstam is helping with editing and gameplay aspects. 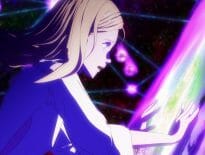 Anime A game that hides a war: A review of the Ingress t… 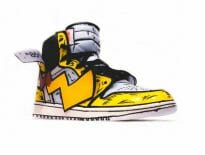