This sci-fi horror film is remembered for its terrifying scenes based on a story by Ronald Shusett and O’Bannon where the crew of the encounter a deadly extraterrestrial (the Alien) set loose on the ship. Being a 1979 production, 20th Century Fox has launched the 40th Anniversary of this film dubbed the Alien Day. The anniversary is slated for celebration on April the 26th to commemorate a movie that spawned a global franchise of record-breaking video games, movies and graphic novels.

Why the Movie Worked?

What makes this horror film epic is the constant feeling of uneasiness. From the beginning, the story writer has a way of making the audience feel that something is wrong. The crew does not make the audience feel comfortable either; it is rather unfriendly to each other, creating an in-group tension. The ship is slightly worn out thanks to its industrial-style maze of corridors and halls that make the audience relate to a prison-like setting instead of a decent place to live. It is this rugged setting of the ship that causes the audience to feel as if not only the alien but also the ship is against the humans. The alien is the scariest bit of this movie. It is depicted as a ferocious monster devoid of humanity or civilization. Its lack of facial traits and other features that denote emotion and intention bring out the original character of what an alien is supposed to be.

The actors do a great job when portraying their character in a witty, yet realistic way. They comprise a seven-man crew of your average next-door neighbour with strengths and weakness. This rendering makes them seem fragile when confronted by the alien. When all these features are summed up, Alien makes a great horror movie any horror fan would love to watch, but the atmosphere gets under the audience’s skin, so they can’t shrug it off in the next few months.

A Quick Summary and the People Involved

After the 1979 film, which won an Academy Award for the Best Visual Effects, the director has since produced a series of Alien films as highlighted next.

It took seven years for the director to produce a sequel. In this debut, James Cameron, the director, made a rather exciting film by pitting Ripley against several aliens instead of one creature. Film stars for this sequel included Paul Reister, Michael Biehn, Bill Paxton and Lance Henriksen.

Having pioneered in the two previous sci-films, Alien 3 was a flop. Critics say that it was then that Alien 3 began drifting to mediocrity. This time Weaver retuned as Ripley who crashes with an alien creature on a weaponless prison planet. The film was wrought with production issues as the then movie director began filming it without a finished script. It was, however, a box office hit.

This film was released in 1997, this time by a French director, Jean-Pierre Jeunet. The sequel was taking place 200 years after Alien 3 where Weaver comes back a clone of Ripley together with a queen clone. It has an unexpected twist as Ripley is forced to destroy the queen and its children after attempting to escape.

This crossover movie was released in 2014 after 20th Century Fox decided to add a twist to this Alien series. The story depicts a comic book idea where one of the Alien franchise’s aliens pits against a predator alien from Fox’s Predator franchise.

It is a 2017 release initially announced to be a sequel to Prometheus, though the title was changed to link it close to Alien franchise. Ridley Scott also directed this film, bringing back the original thrill of the Alien movie. Katherine Waterston, Danny McBride and Billy Crudup are some of the actors who starred in the picture.

The 20th Century Fox is set to release the two final thrillers of the Alien series on Alien Day, April 26th. Their terrifying tales have been stunning IGN viewers since they first debuted on 29th March.

Alien’s thrill was heightened by the presence of a rather grotesque monster. H.R. Giger, a Swiss surrealist, is credited with creating this monster thanks to his artistry skills and somewhat scary nightmares. Giger confessed to creating most iconic extraterrestrial monsters in his early paintings to dreams he would sketch upon waking up. The eponymous Alien on the 1979 film was taken from Giger’s 1977 book of images called Necronomicon, which Scott was given during the pre-production stage of the film. Later Giger was commissioned to create the alien and other creatures in subsequent Alien films.

The Alien has certainly had long-term, and short-term impacts on sci-fi themed genres. Shortly after releasing the 1979 movie, several filmmakers adapted some of Alien’s elements sometimes even using its title. The first was The Alien Dead released in 1979, which changed its tile to take advantage of Alien’s popularity. Other sci-fi films that borrowed heavily from Alien include the Forbidden World (1982), Galaxy of Terror (1981), Dead Space (1991) and Xtro (1982).

Ridley’s ability to tell the story with a synchronised blend of sound and visuals is what makes this film so memorable. The ship’s claustrophobic state is highlighted using camera movement, shadows and lights; all blended to create an eerie effect. The living quarters are bright, creating an illusion of a comfortable space but there is a sterile feeling about it. The music combined with the sounds of the ship underline the eeriness of this film.

Alien Day: A Look Back at 40 years of Alien 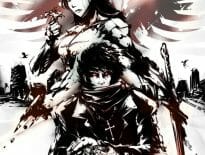 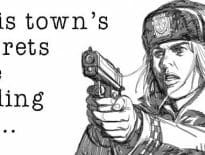