A Town Called Malice is a Story Pillar System game from Monkeyfun Studios. A body is found, a discovery which threatens the town’s livelihood and in the darkness, a horror lurks.

It’s all about piling on the drama. On the current rate of pledges, though, it looks like there might not be much drama for Monkeyfun Studios and they’ll fund. At the time of writing, there are still 30 days on the Kickstarter clock, they’re asking for $6,000 and have raised more than $2,600 already. You can follow progress on the Campaign page.

A pledge of $15 will get you a PDF copy of the game, your name in the credits and all digital stretch goals. $20 gets you the softcover of the game and $30 gets you a hardcover. You’ll have to pay the shipping on top.

The Story Pillar System is the same one popularised by Fiasco and puts some emphasis on the players working together to create the game’s narrative.

Here’s an actual play video that gives you a better idea of how that works.

It’s been a while since Geek Native featured MonkeyFun, perhaps not since Spirit of 77 but David Kizzia and the team have gone on to carve out a good reputation for clever indie games. 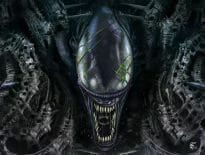 Movies Alien Day: A Look Back at 40 years of Alien 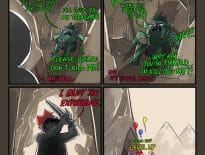