You are here: Home / Games / Tabletop & RPGs / Inspired by The Fast & The Furious: Justice Velocity RPG

Polyhedra Games is a little company based in Los Angeles and headed up by Clipper Arnold. They’ve just published their first Kickstarter, but with less than 40 people following them on Facebook, they may have a challenge getting the word out for Justice Velocity. So let’s take a look at their campaign.

That’s a pretty impressive pitch video for a first time Kickstarter. A pledge of $10 will get you a PDF copy of Justice Velocity, and you’ll only have to wait until July 2019 to receive it. That’s close but the content appears to be finished, Polyhedra need to finalise the design.

Step up to $20, and you’ll get a softcover book and pledge $30 for the hardcover. At the time of writing, one backer has taken a group order and promised $100 to get five hardcover copies. So, how is the campaign going? At the time of writing, this is a fresh project, and there’s still 27 days on the clock. Clipper is asking for $1,500 to make the book, and he’s got over $550 in the bank.

Polyhedra could make this happen.

It’s a 2d6 system that’s fairly light on the rules and high on the drama. Players slam octane chips down on the table, once per session, to trigger High Octane Mode and invoke a bonus to a roll. Juice points are spent to activate abilities like Ultimate Drift and Gunslinger. Justice Velocity has rules for vehicles so you can have your action flick of an RPG filled with dramatic car chases.

It’s a 16,000+ word RPG with 20 pieces of unique art, and there are seven archetypes – which look a bit like character classes (Driver, Hacker, Medic, etc.) to pick from.

Polyhedra have never printed a book before but have done t-shirts, zines and even CDs. It’s always a risk going with a new (to you) publisher, but I get good vibes from this lot.

Just how new is Polyhedra? Facebook has a clue. The publisher’s page was created in 2013 but the name ‘Polyhedra Games’ wasn’t seen until November 2018. Before that, the page was ‘Polyhedra Online’… and before that, for four years, the page was known as ‘Death City’.

It looks like Death City isn’t completely gone. One of the pages mentioned on Polyhedra’s site is the Buffy the Vampire Slayer / Hellboy influenced urban fantasy game. Death City also uses a 2d6 system which makes me think the mechanics for Justice Velocity have been around since Death City and been worked on all this time.

Inspired by The Fast & The Furious: Justice Velocity RPG 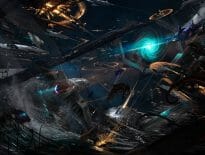 Geek Stuff Will humanity always be stuck in warring factions?… 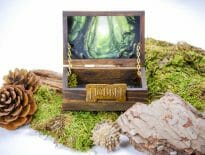