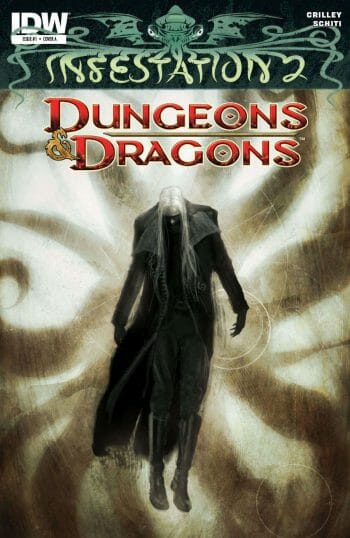 These comics originally came out in 2012, but with the recent re-release of Eberron as a 5e campaign setting it makes sense why they’re being made available again.

I like Eberron because you’re not just tied down to the fantasy genre. Don’t get me wrong, I love fantasy, but with Eberron you get to play in this huge sand pit where you can throw all these different genres together. You can have traditional fantasy taking place alongside a thriller or an espionage tale. A pulp, Indiana Jones-style adventure next to a James Bond spy series.

Geek Native spoke to the @nblogcollective about Eberron as a campaing setting just after Wizards of the Coast made the news public.

What do you make of Eberron as one of the next official Dungeons & Dragons settings?

Eberron brings many things to the table as a D&D setting that many other settings lack, most notably magi-tech elements and a darker grittier feel to the world. This allows it to stand out against the various other settings released thus far potentially drawing in new players looking for those elements in particular.

Do you think Eberron will be as ‘newbie’ friendly a setting for a first D&D as the Forgotten Realms are?

Eberron will not be as accessible to new players for two reasons. The first simply being that it is an additional purchase players have to make which inherently hinders some new players, whereas the Forgotten Realms being the default setting of the core books allows players to begin with just the PHB. Secondly, the themes of Eberron are a little more niche and so will draw in less people than the generic fantasy themes of the Forgotten Realms.

11 character portraits to bring your Eberron game to life

Some gaming groups might be keen to try out the new settings as quickly as possible. Should they start new characters or should DMs try and whisk parties off to the new world?

Since both settings have vastly different themes and motifs, it would be wise to start new campaigns in these settings instead of trying to convert a campaign to match the new settings. With the caveat being if your campaign themes already lend themselves to the new settings conversion might be easier. Still if you’re eager to try new settings without losing your current campaign, perhaps run a one-shot set in the new setting to get a feel for it and then decide if you wish to play a longer game in that setting. 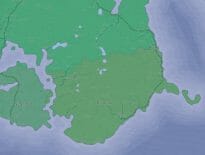