You are here: Home / Books / Comics / Netflix and Mark Millar announce Prodigy as their next comic book series 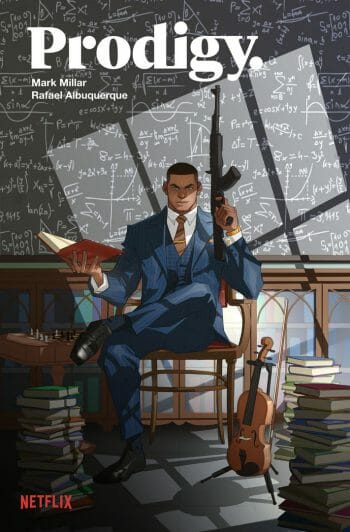 In 2017 Netflix bought Millarworld and with it Mark Millar’s portfolio of characters and stories. It follows The Magic Order, which was the first comic book series from the two, and which became the biggest selling new comic book franchise is just about two decades.

Rafael Albuquerque, the award-winning comic book artist, will illustrate the series. Albuquerque is known for Batman as well as American Vampire and has worked with Millar before on Huck.

In Prodigy, Edison Crane is the world’s smartest man. He’s an Olympic-level athlete, a genius composer and even a Nobel-Prize winning scientist. His mind needs constant stimulation, so he’s not content with running the world’s most successful business and so starts to solve problems for governments around the world.

The series follows Edison as his adventures unfold. Mark Millar loves the character. He told press;

Edison Crane is by far the best character I’ve created in my career and I’m delighted that my genius friend Rafa Albuquerque is drawing the comic-book side of all this. He’s really one of the best artists in the world. I can’t wait to share this with everyone. This really is a beaut and we’re incredibly proud of it.”

Geek Stuff Own your very own Mimmoth