You are here: Home / Games / Tabletop & RPGs / D&D’s Gary Gygax’s widow is being sued by Hollywood over a dungeon

Urg, this looks messy. Two years ago the movie producer Tom DeSanto (X-Men, Transformers and this summer’s Bumble Bee) struck a deal to ‘oversee the Gygax catalog of published and unpublished works’.

Now, according to the widow of Dungeons & Dragons co-creator, she is being used by him and New Myth Entertainment for $30 million. The problem? The treatment of Gary Gygax’s original dungeon.

Legal battles around ownership of rights and the treatment of Gygax’s legacy are not unheard of in the family. At the start of 2016 disagreement from Gail Gygax on use of the name resulted in Luke and Ernie Gygax stepping away from the Gygax Magazine. Without any Gygax family member involved the magazine decided they had no right to use the name and ceased publishing.

This time around the latest drama was made public through Facebook by Gail Gygax. Sadly, her post is hard to make sense of, looks like it has gone through a few edits and written with emotions running high.

In the post, Gail Gygax claims that Tom DeSanto, New Myth and David Ranes have victimised her and she is considering calling the FBI. She attacks Luke Gygax and Margaret Weis.

She concludes by stating she wants Gary’s original dungeon with his original rules and looks for support for the project.

Should Dungeons & Dragons fans be worried?

The Dungeons & Dragons brand and the game itself is not part of this. Wizards of the Coast, owned by Hasbro, safely and secure that property.

This fight, part of a long series of skirmishes around the Gygax legacy, is about the family name and the use of Gary Gygax’s unpublished works.

It’s certainly true that the stress and drama the family has to suffer through won’t be helping anyone, though. The Gygaxes do try and contribute to the roleplaying community with their ongoing involvement and new projects.

This public outburst may be the last of its kind and negotiations are likely to move behind closed doors. The last we heard was another update from Gail which raises more questions than it answers. 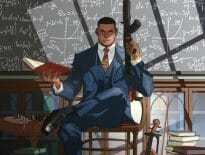 Comics Netflix and Mark Millar announce Prodigy as their … 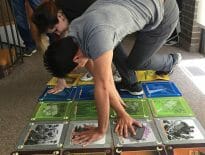