You are here: Home / Geek Stuff / Wizards of the Coast spent over $500,000 on marketing last year; appoints The Martin Agency to spend more 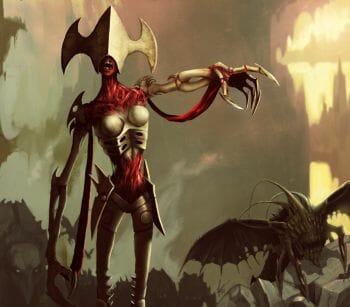 Wizards of the Coast spent over $500,000 on marketing last year; appoints The Martin Agency to spend more

Wizards of the Coast are having a good year. The community liked D&D 5e and Magic: the Gathering is well suited to esports, Twitch and collectables. More than that, a new generation found tabletop roleplaying via programs like Critical Role, Geek and Sundry and on Twitch.

It seems like their incumbent marketing agency was not given much credit for any of that and Wizards of the Coast went out to tender to find a new one. AdWeek’s Agency Spy reports that The Martin Agency has won a three-way battle.

Agency Spy also cites Kantar Media figures which suggest that Wizards of the Coast spent about $547,000 on ‘measured media’ last year. That’ll mean the marketing and advertising buys that you can calculate an ROI on (or ROAS, as is common in the States) rather than brand affinity and recall (which should be through the roof).

The Martin Agency has 500 employees and works with brands like Oreo, Walmart, UPS and GEICO. They’ve two offices; one in Richmond and one in London.

I hope the London office is involved. The assumption is The Martin Agency will be doing the best to break down marketing silos (they are a full-service agency) and will be mobile first. One of the challenges Wizards of the Coast has certainly faced as been coordination outside of America where they seem to have to use Hasbro staff.

The Martin Agency will be tasked with branding and strategic efforts as Wizards of the Coast seeks to expand its Magic: The Gathering properties, including developing a fully integrated campaign planned to launch sometime during Q3 of 2018.

The sense is, though, that The Martin Agency has been picked for its creative chops rather than its strategic skills. Odd, right? Surely Wizards have no shortage of creative. Wizards of the Coast’s own vice president for user acquisition and digital marketing, Aland Failde, said;

We are thrilled to announce our partnership with The Martin Agency,”

“Their specific brand of creativity and imagination aligns perfectly with our products and what we aim to create. We look forward to working with them and we are happy to welcome them to the Wizards family.”

Wizards of the Coast’s unusual position is a great one for an agency to work with. The brand comes with a whole community of influencers. It should be easy to get audience involvement and tell stories that are readily received. Challenges that The Martin Agency might face are along the lines of keeping all the influencers happy (more than a few loyal vloggers noticed how WotC seemed to pick a scant few favourites for the Ravnica news).

The sense of ownership fans have around brands like D&D and Magic: the Gathering may also be a challenge. This is an industry where multi-month ‘playtests’ are run with the community in order to ensure people are brought along with any changes. That’s going to be hard for a creative director who may be used to saying “It’s time for a refresh!” and only needing to convince the client that that is true.

What do you think? Did you notice a lack in creativity around Magic: the Gathering marketing? Are you ready for a new vision?

Wizards of the Coast spent over $500,000 on marketing last year; appoints The Martin Agency to spend more