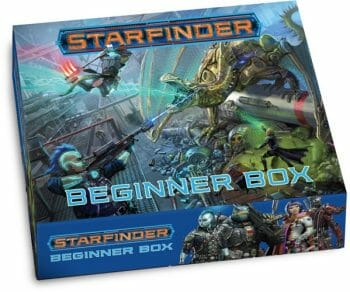 Paizo Publishing announced Starfinder in May 2016 and the sci-fi RPG has earned a pretty solid core of fans since then. One possible wriggle is the fact the game barely saw any birthdays before the company also announced Pathfinder 2nd edition and some fans worry that happened too soon.

The Starfinder Beginner Box isn’t designed to reassure you that your Starfinder collection is in danger of becoming obsolete. It’s there to ease your entry into the game.

Due out in Spring 2019 the Beginner Box will have dice, maps, pawns and separate books for GMs and players. It’s very much targeted at new players, either new to Starfinder or new to tabletop RPGs in the first place. The Box feels like a sensible move by Paizo. Dungeons & Dragons might be roaring right now but it has no sci-fi version of it, and so the popular genre is there for Paizo to push further into.

Based on the costs for the Pathfinder Beginner Box we might imagine the set to sell for about US$35. 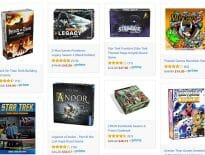 Sites Large Amazon US flash sale; 40% off many board gam…