UPDATE: Patrick Stewart is pack in Alex Kurtzman’s Star Trek but it may not be Discovery. Deadline and others suggest it is a new Star Trek title. More details as and when they occur.

The original article continues below. 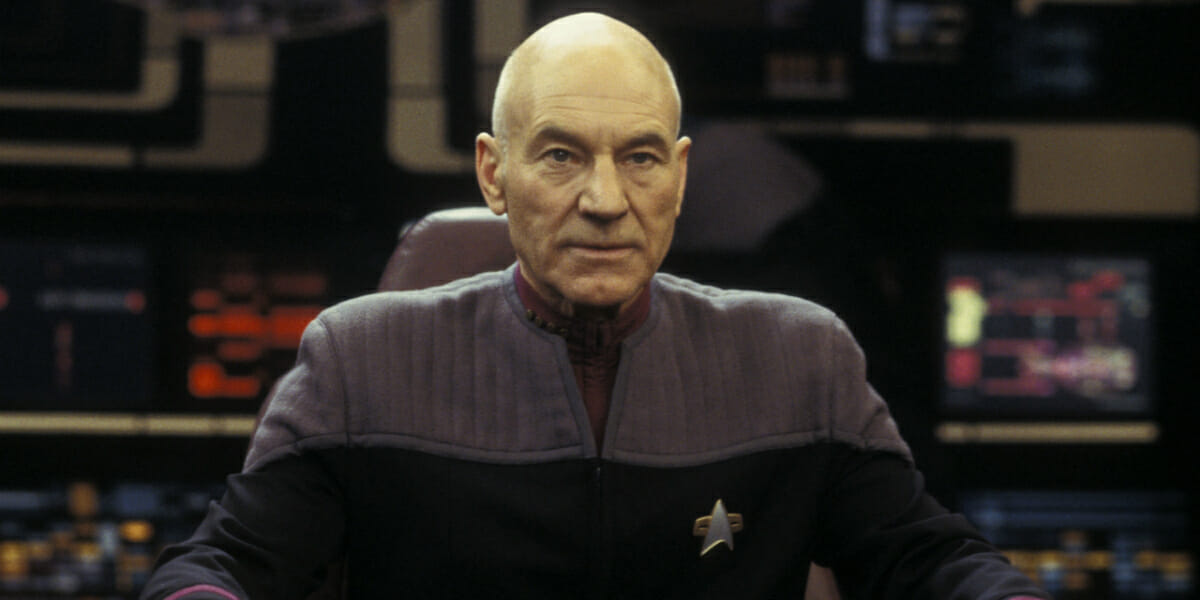 Sir Patrick Stewart, as rumoured heavily in recent weeks, is returning to Star Trek. This is not a reboot of Star Trek: The Next Generation and Picard’s appearance in the CBS/Netflix show is being described as an exploration of the next chapter of Picard’s life.

During these past years, it has been humbling to hear stories about how The Next Generation brought people comfort, saw them through difficult periods in their lives or how the example of Jean-Luc inspired so many to follow in his footsteps, pursuing science, exploration and leadership. I feel I’m ready to return to him for the same reason – to research and experience what comforting and reforming light he might shine on these often very dark times. I look forward to working with our brilliant creative team as we endeavor to bring a fresh, unexpected and pertinent story to life once more.

The details are being kept secret. Star Trek: The Next Generation ran for seven seasons, more than 170 episodes, spawned a host of movies and is the favourite of many fans.

Star Trek: Discovery, which airs in Netflix in much of the world, and CBS All Access in America (CBS make the show) had a strong first season despite some pushback from ‘fans’ who didn’t quite get the Star Trek ethos and thought the female characters were too prominent.

Discovery has faced a lot of challenges since the end of season one. The showrunners Aaron Harberts and Gretchen J. Berg were shown the door, and Alex Kurtzman has taken over.

Tabletop & RPGs White Wolf announces official Vampire makeup colle…
💰 Copper Coins 💰 Geek Native is an affiliate and may earn commission on purchases you make from third-party sites.
🍪 Privacy & Cookies 🍪 The site uses cookies to survive. By accessing the site, you agree to use your browser to control cookie use or take 1d4-3 privacy damage (tracking). If you defeat cookies via ad blocking, please consider the Patreon. An intro to cookies, and how to control them, can be found here. I Manage Cookies