The World Anvil is the publisher of Broken Tales, which was EN World’s 2nd most anticipated RPG of 2022 (behind Blade Runner) and a dark RPG for Halloween.

Next up for the publisher is an eco-horror called Dead Air: Seasons. It’ll use BackerKit, not Kickstarter and the English quickstart is out and free to download.

The game is inspired by The Last of Us, Station 11, The Road, Sweet Tooth, Children of Men and The Girl With All the Gifts.

The Italian publisher describes it;

Dead Air: Seasons is a post-apocalyptic tabletop RPG centered around people’s stories, exploring a world that has changed forever,and the inevitability of nature demanding a tribute.

The crowdfunding campaign is due in November and already has more than 2,000 gamers showing interest.

Dead Air: Seasons is likely to use the Monad Echo system, and the quickstart contains;

The World Anvil have named the setting after a magical/scientific cureall.

Our ecosystem was dying. All of humanity’s hope lay in Panacea: a scientific miracle that would repair the damage caused by centuries of hubris and neglect. Perhaps it was the sheer bulk of pollution to ingest. Maybe it was a flaw in the design of Panacea itself. Whatever the cause, humanity only had the briefest flight of hope before careening to the very brink of extinction.

Panacea, created to be our savior, had become the Blight. And nature was devouring all as it reclaimed the lands it had lost. 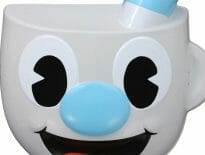 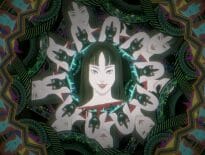