You are here: Home / Games / Mobile / Are Google’s Ingress writers messing up the Resistance?

I’ve been playing Google’s alternative reality location game Ingress for about two months and I’m thoroughly enjoying it. You have to get up off your seat and walk around the city.

The game uses your location to determine whether you’re near a point of interest, a portal in the game or a work of art or similar in real life, and lets you convert the portal to your team’s colours. Convert two portals and you can link them together. Convert three portals and you can create a triangular field and earn points for your team.

There are two teams; blue and green. Many players leave it at that, pay no further attention to the plot and enjoy levelling up, capturing portals, building links and fields. That’s understandable as the official plot – there is one – is very hard to untangle.

As a new player you have to find the time to watch the weekly video updates that hint at developments to come and only offer in-part catch-ups with what has gone on before. Google’s just posted the 100th of these weekly videos and it seems to conclude by turning everything the Resistance is supposed to stand for on its head.

The two teams are officially known as the Enlightened (green) and the Resistance (blue). The premise for Ingress is that XM (exotic matter) leaks out from the portals which can be harnessed and used to change the way we think. This XM is, somehow, connected to an apparently alien race called the Shapers. The Shapers may have been guiding mankind’s development.

The summary of the official Ingress video ”It’s Time to Move” summarises the differences between the two teams. It says;

This world around you is not what it seems. Our future is at stake, and you must choose a side.

A mysterious energy has been unearthed by a team of scientists in Europe. The origin and purpose of this force is unknown, but some researchers believe it is influencing the way we think. We must control it or it will control us.

“The Enlightened” seek to embrace the power that this energy may bestow upon us.

“The Resistance” struggle to defend, and protect what’s left of our humanity.

The concern is this; what’s the point of the Resistance if they’re no longer protecting humanity? What if they start to use XM, just like the Enlightened, to try and drive humanity towards a new renaissance?

One of the first warning signs came at the end of year one. The first part of Google’s summary videos explained that the natural state of XM was green/Enlightened whereas the blue/Resistance XM was an artificial modification. This is explained at about the 6:20 mark in the video below.

The announcement that Resistance XM was “unnatural” does make some sense. After all; if the Resistance’s goal is to protect humanity from the effects of XM why would they be powering up portals and building mind control fields across cities? Now the Resistance can at least claim they’re spreading XM across cities for safety reasons.

The decision, though, leaves the game with one faction who wants to use XM, despite/because of the Shapers, to improve humanity and another who wants their version of exotic matter just as widely spread.

The plot idea that the Resistance is protecting humanity starts to weaken once the faction starts to reveal other goals. That’s exactly what happened. The Resistance’s leader ADA – an artificial intelligence – took control of a human body. At the Recursion event (the end of a plot chapter) this human-hybrid announced to the world that their end goal is the combination of human and artificial intelligence. You can hear this announcement at about 6:50 in the video below.

At this point the worrying updates come quickly. Firstly, a plot video which features ADA 2 and her human co-op talking is released and in it is the speculation that humans are no longer necessary for their vision. The pair theorise whether XM could be used to build them bodies. You can hear that conversation at about 0:55 in the video below.

Of course, many Ingress players enjoy the game without following the plot. There’s no reason why they shouldn’t, but some players were getting concerned. The hashtag #ResistanceAgainstADA started to pop up on Ingress’s Google+ posts. 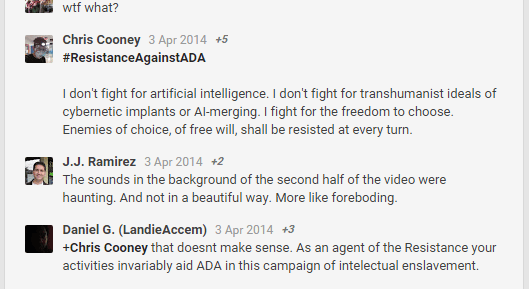 In the next year the plot takes the Resistance even further away from their apparent original goal of fighting for an uninfluenced humanity. A second group of aliens are discovered – the N’Zeer. Even less is known about the N’Zeer than is known about the Shapers but the two groups seem to be at odds.

Resistance leaders, one by one, take on pro-N’Zeer stances. The logic seems to be that the enemy of my enemy is my friend. Over time this stance changes until N’Zeer are portrayed as a positive influence on humanity by the Resistance.

The 100th update video from Ingress brings this to a head. The Resistance are officially described as a pro-N’Zeer side; one that hopes these aliens will usher in a new era for mankind. You can see this in the video below at the 6:58m mark.

The official Ingress plot had turned the blue faction, the so-called Resistance, from one that once wanted to “protect what’s left of our humanity” into one that actively seeks human-AI integration while welcoming an unknown alien force with open arms.

Google is beta testing a new alternative reality game, an evolution of Ingress called End Game, and we can only speculate what their plans are. Are they planning on ending Ingress? Are they planning on combining the two? Have the Resistance already lost (or just lost their way) and will the next phase of Ingress simply involve two teams of alien-human allies fighting against each other?

It’s hard to see where Google is going with the Ingress plot but it’s easy to see why some Resistance players are left wondering what they’ve been fighting for.

No! They are not messing up the Resistance. Understand the story!
https://plus.google.com/+TheFirstForemost/posts/51yFq3z8deg

Why is this a question? :-p

The Resistance storyline is so messed up they’re basically their own enemy and the Enlightened are on the sidelines.

I can see why attached resistance players might be mad (and they SHOULD be) but honestly I like it as far as plot goes; you often see this happen with resistance movements. Perhaps we are being prepped for the creation of a third team, a luddite/humanist breakaway faction of the Resistance.

If you want to faction change, just go to your scanner and press the community tab and then go to the bottom and hit the “Help” button.  Come and embrace the Shapers with us. :)

Are Google’s Ingress writers messing up the Resistance? 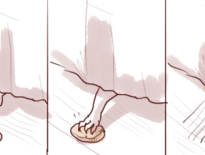 Geek Stuff Missing money? It might be the tiny sofa dragon! 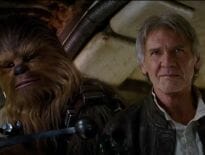