You are here: Home / Games / Tabletop & RPGs / Exclusive peek: Gods and Goddesses will look at home in your 5e campaign

Gods and Goddesses is a 5th edition supplement that will let you use classic deities in your campaign. Geek Native has some exclusive art to share and a quirky fact too. Let’s take a look at the Kickstarter campaign first.

I really enjoyed reading deity books when I was younger. It was a way in which RPG knowledge helped supercharge my history skill and it came in handy at school. I don’t think that nostalgia is messing with my perception of this 5e Gods and Goddesses offering though.

Jetpack 7 are asking for $14,000 to make the book. That feels on trend with current Kickstarter targets for fully illustrated books. Gods and Goddesses is aiming to be 80+ pages, 10+ deities and bring in matching Cleric Divine Domains and Paladin Sacred Oaths too.

The initial line up of entities includes; Freyja, Ishtar, Fuji, Nyneve (Lady of the Lake), Shiva, Inti, Tengri, Shango, Hekate and Apollo. I rather like that list. It’s far more diverse than your usual collection of Norse and Greek war gods.

A pledge of $15 gets you the PDF version of the book along with a backer credit. Step up to $35 and you’ll also get the hardback. It’s worth noting that the limited collection up at $75 is selling out – 7 backers already and the campaign’s just launched.

Geek Native is able to share Nyneve, the lady of the lake, with readers. Yep, most gamers will know Nyneve from Merlin stories but may know her as Nimue, Elaine or one of her other names. 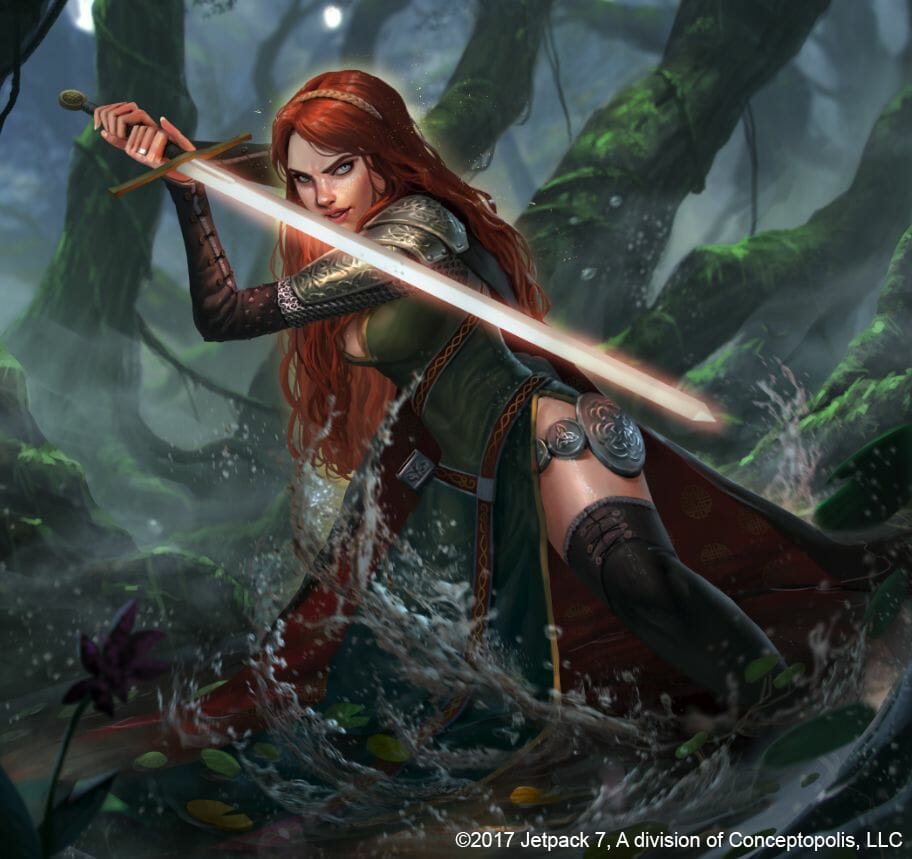 There’s a reason why the art in Gods and Goddesses may be an exceptional match for your D&D 5e campaign. Jetpack 7 is part of Conceptopolis. Conceptopolis was the primary provider of art for D&D. Pick an illustration in the DMG and there’s a good chance that Conceptopolis was involved.

Exclusive peek: Gods and Goddesses will look at home in your 5e campaign 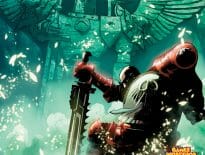 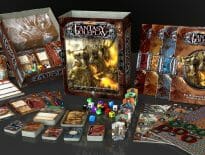