You are here: Home / TV / Doctor Who: BBC releases a regenerated The Power of the Daleks 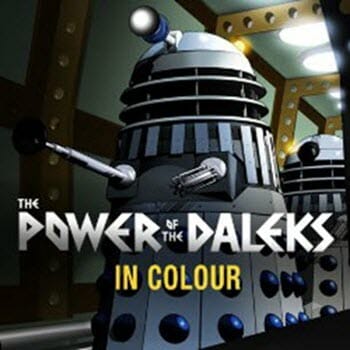 Doctor Who fans know that the BBC destroyed early Doctor Who episodes. The sci-fi series is so old it comes from a time in which no one thought to preserve things. It sounds like madness today.

The Power of the Daleks is one such collection of Doctor Who stories. Until now it was gone entirely; that’s the whole third serial of the fourth season of Doctor Who. It started Patrick Troughton as the Second Doctor.

The BBC have gone to some unusual methods to bring The Power of the Daleks back. They’re digitally remastered the audio and used animation to fill in the gaps. The two are then carefully synchronized.

The result? You can now watch the first ever regenerated Doctor go up against the still young Daleks. In colour.

The Power of the Daleks is available from the BBC Store. This no longer means buying DVDs; this means streaming from anywhere.

Have you watched The Power of the Daleks?

Have you seen it? Give us your mini-review in the comments below!

Doctor Who: BBC releases a regenerated The Power of the Daleks

Tabletop & RPGs Mega-Cool: A Review of Savage Rifts: The Tomorrow …
💰 Copper Coins 💰 Geek Native is an affiliate and may earn commission on purchases you make from third-party sites.
🍪 Privacy & Cookies 🍪 The site uses cookies to survive. By accessing the site, you agree to use your browser to control cookie use or take 1d4-3 privacy damage (tracking). If you defeat cookies via ad blocking, please consider the Patreon. An intro to cookies, and how to control them, can be found here. I Manage Cookies