Here’s a straight forward Kickstarter proposition for you. In 2011 Arion Games re-released the Advanced Fighting Fantasy RPG and now they’re offering to take it to space with Stellar Adventures. You can follow the campaign progress online. 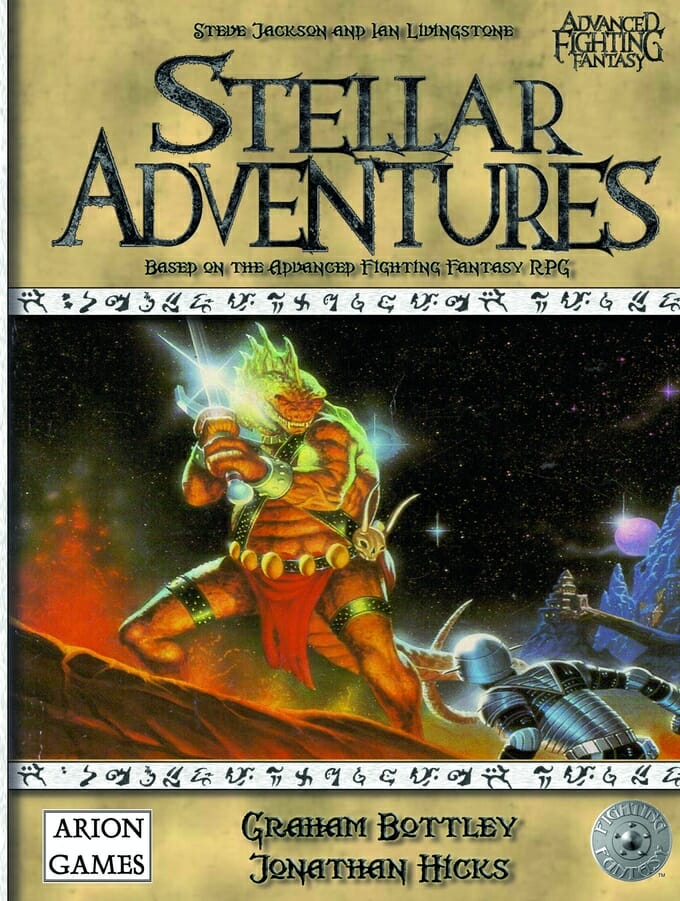 It goes higher; leatherbound copies, associate backers but the former is selling out and the latter has gone.

Stellar Adventures will be a standalone game. It’ll get you play a range of sci-fi styles. If you know the fantasy version of Advanced Fighting Fantasy then you know this system but Stellar will have new skills, talents, armour, weapons and some new rules.

The proposed chapter breakdown is as follows;

Mobile Ingress sub-factions could turn politics and plot …
💰 Copper Coins 💰 Geek Native is an affiliate and may earn commission on purchases you make from third-party sites.
🍪 Privacy & Cookies 🍪 The site uses cookies to survive. By accessing the site, you agree to use your browser to control cookie use or take 1d4-3 privacy damage (tracking). If you defeat cookies via ad blocking, please consider the Patreon. An intro to cookies, and how to control them, can be found here. I Manage Cookies