You are here: Home / Books / Revolution or revenge: A review of Andromeda’s Choice 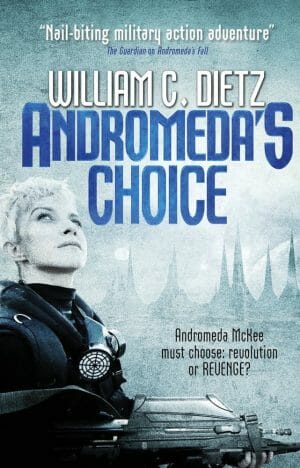 William Dietz is known for the Legion of the Damned series. I’ve not read that. I picked up at Andromeda’s Fall instead.

In other words, with Andromeda’s Choice, I’m reading the sequel to the prequel series. I rather like it this way. If time allows I’ll move onto the Legion of the Damned and perhaps discover for myself how Andromeda’s choices in this book affected the future.

Andromeda is in the legion. She’s a warrior fighting to protect humanity from various alien threats despite the fact the human Empress is a tyrant. Despite that Andromeda is actually hiding from the tyrant Empress who had her family killed.

The good news is that the battle action and the cleverly paced and tension filled build up (and come downs) from the action are still in Andromeda’s Choice. Yeah, there’s a trip to Earth and all that but it’s brief and important. It changes everything.

There’s also not too much romance. Again; perfect. Andromeda, aka the Steel Bitch, kicks arse as a warrior and doesn’t need to become a swooning maiden prone to risking other people’s lives in favour of her fancy. Good. It’s a shame that the cover art doesn’t have the courage or conviction to show our powerful female fighter with her scarred face.

We get action on a couple of planets here. Strangely, the Legion haven’t taken complete control of the planet they’ve been given and which they call home. There’s still a native race, cat-people, who fight back against the humans and their powerful cyborgs. Who knew the Legion were kind enough not to wipe them out on mass? Surely that would be easier. However, the situation is as it is when Andromeda lands and as a result she’s a ton of danger to look forward too.

Everything I liked about Andromeda’s Fall is here, with extra, in Andromeda’s Choice. I read the book in less time and enjoyed it even more. I think that’s partly because we know the characters, know the setting and the depths of the plot. We can just focus on the danger. That’s the fun stuff.

Overall? Legion of the Damned fans should surely be interested and I’m going to up my recommendation for everyone else to a sturdy ‘try it out’.

My copy of Andromeda’s Choice was provided for review

Revolution or revenge: A review of Andromeda’s Choice 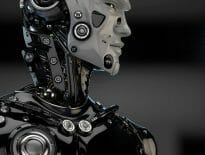 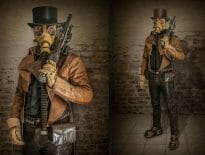