You are here: Home / Books / Hope in the Legion of the Damned: A review of Andromeda’s Fall 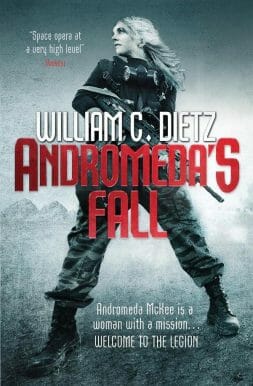 Andromeda’s Fall is my first experience of a William C. Dietz Legion of the Damned novel. In fact, I took my prompt from the word “prequel” to go investigate the original series. There’s a tiny sliver of a summary on Wikipedia;

When there’s no hope for the terminally ill or a condemned criminal they have one last chance to survive. And that’s to join the Legion and become a cyborg. Both more and less than human, these warriors are the most elite fighting force in the Empire, they are the Legion of the Damned.

Andromeda’s Fall has a very different beginning than that synopsis might suggest. We start miles away from any petty criminal or the unfortunate in life.

The book begins with Empress Ophelia taking over. She’s ruthless and orders the death of anyone who might oppose her and their family. This puts the Carletto family in the sights of the synth assassins and forces party girl Lady Catherine Carletto to go on the run.

The situation forces her to hide among the Legion. Yup; she runs away and joins the French Foreign Legion. The Legion of the Damned is that Legion’s successor and later on in Andromeda’s Fall we even get snippets of their past.

Andromeda’s Fall is all about Cat’s new life in the Legion. She faces bullying, training and then her first missions. She discovers she has an aptitude for leadership and the skills she picked up in University and as a Carletto prove to be very useful.

I’m not sure if that summary sounds very enticing. I would understand if you worried the set up was a little derivative. I was worried too.

Andromeda’s Fall was a pleasant surprise. It took me a chapter or two to settle in but once Cat was safely tucked away with the Legion and training was way under-way she had won me over as a character and I was into the plot. A few more chapters in and I was really enjoying the book.

I wonder if one of the reasons why Andromeda’s Fall works is because of the background the original series set up. If there are clever references to the previous series, the future of the Legion, then beyond the introduction of the Hudatha they sailed past me. As they should; I haven’t read those books. That meant Dietz wasn’t shoehorning stuff in but had a wealth of “future history” and world lore to lean on. The events in the galaxy going on around Cat/Andromeda McKee are very much just background events. We get to focus on her story.

In fairness, it’s pretty hard to do a French Foreign Legion in space story without being a little derivative. There are rules to how you become an active member, after all. In this case it’s not just about Cat making friends and learning to fight. We’ve the rapid transformation from annoying party girl to Steel Bitch.

Now it’s tempting to go back and read the previous series.

I recommend giving Andromeda’s Fall a bash; especially if you’re a fan of military sci-fi.

My copy was provided for review. c, Titan Books by William C. Dietz. The book is also available on Audible and part of their free download with account trial offer.

Hope in the Legion of the Damned: A review of Andromeda’s Fall 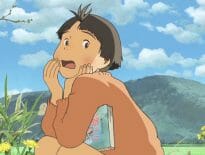 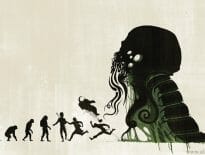