Four years ago on Geek Native we asked Is the era of the GM over? in a great post from Joe Prince. It’s a concept that still confuses people. Now, however, the Noirlandia pitch on Kickstarter is at about 400% funded with three weeks still to run.

This is a murder mystery is a fantastic city. You get to design the city and as players get to fight for answers and question principles. No one gets to know the answer to the mystery in advance. You have to play the game to find out.

The system is built by Evan Rowland on the back of Hannah Shaffer’s Questlandia. It’s got pedigree.

Unlike most RPGs this game’s options include corkboards and the red string you see used to connect clues in police movies. If you back for ust $10 then you’ll get the PDF but not the corkboard. You need to step up to $75 and you’ll get access to the physical props.

Confused how it might work? Here’s a Google Hangout sample of play. 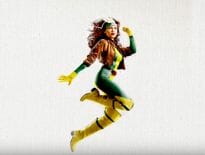 Geek Stuff X-Men in movies should have bright costumes –… 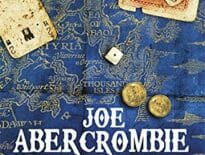 Books Exclusive: An extract from Joe Abercrombie’s Sha…
wpDiscuzComment Author Info
Manage Cookie Consent
This site uses cookies 🍪, and links are ads that may earn bloggers some money 💰, and with this alert, I very much hope that these dark truths 🧌 are acknowledged.
Manage options Manage services Manage vendors Read more about these purposes
Preferences
{title} {title} {title}