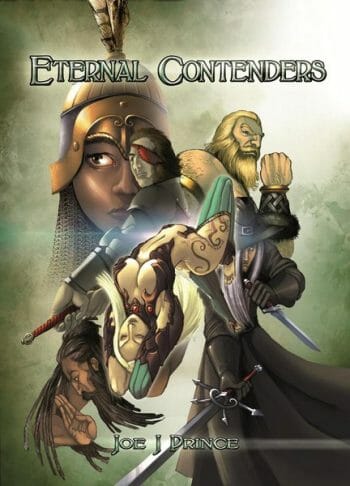 This guest post is written by Joe Prince, author and designer of the GM-less gladiator RPG Eternal Contenders. Eternal Contenders has been picked up by Chronicle City and a print+PDF bundle is currently available for pre-order at their shop.

The shadowy figure of the Game Master (GM) hunched behind a screen clutching the precious books of power and the special dice has been a staple of tabletop role-playing games (RPGs), since before I was born. Traditionally RPGs give ultimate authority to a single participant – the GM. Odds are if you’re reading this you already have your own opinion and definition of what a GM is.

For folk coming to tabletop role-play cold it can be a difficult concept to grasp.
A GM is: part referee, part story-teller, part director, part adversary, part actor, part authority figure, part organiser and part games designer. If that sounds like hard work that’s because it usually is! Master doesn’t seem like overblown terminology now does it?

Typically, the GM’s role will involve:

So much power, so much responsibility. But what if it could be shared…

Lots of games designers have had the same idea and a crop of tabletop RPGs without a traditional GM now exist. DoubleNinja has kindly maintained a convenient list.

What to call these games to distinguish them from traditional GM led RPGs? GM-less seems like the obvious choice…

“GM-less is a clumsy and inaccurate term, unfortunately. It implies that the various bits of authority a GM traditionally enjoys are cast to the wind, which is never the case.”
— Jason Morningstar (Bully Pulpit Games)

Hmm so GM-ful has been suggested as an alternative term. Unfortunately it’s even more inaccurate and clumsy. GM-ful implies that everyone has the authority of a traditional GM – but a traditional GM can veto anything in the game and change anything at whim, the infamous “rule zero” as it is known. A game where multiple participants can use rule zero can’t possibly function. What a fiasco. I’m going to stick with GM-less as it conveys the major difference to role-players. For non-roleplayers RPGs as a whole are baffling enough just being RPGs.

Five imaginations are better than one!

“If they existed when I was at school, GM-less games would have been confiscated. They help gamers avoid homework, and, if you’re like me, you don’t want to do homework, you want to do home-play. Everyone arrives, nobody even knows what game they’re playing, and within half an hour we’re enjoying ourselves, autonomous, competitive and yet collaborating in the flow. The common misconceptions people have about GM-less games, that they drift, that you can’t tell emotive stories, that there’s no adversity, that there’s no pacing, these all stem from a simple misunderstanding of the GM’s role.”
— Sebastian Hickey (Cobweb Games)

“What happens instead is that those bits (of the GM’s role) are apportioned in a different way – sometimes equitably, sometimes not – giving everyone at the table more responsibility for those traditional tasks – adjudication, adversity, improvisation. Everyone, rather than no one, becomes a GM, and often play is better for it.”
— Jason Morningstar

Some folk seem to have the impression that removing the GM means the game will be some sort of tree-hugging collaborative exercise in co-operative storytelling. Nonsense, removing the GM actually opens the door for truly balanced competition between players since no-one gets the special rule zero hat any more.

“Splitting the duties of the GM: you don’t lose anything but the burden is shared. It’s a gaming accelerator…… Use the creative energy of the players at the table to crowd source tasks normally attributed to just one overworked sod. I used to be that sod and, sometimes, I still am. But that’s just it. Now, because I can choose when to let the GM-less game do the legwork and when to sweat it out myself, even when I’m working, it feels like play.”
— Sebastian Hickey

That phrase – overworked sod, speaks to the first issue with GMing – many gamers just aren’t cut out for it. Becoming a GM is a quasi-mystical process, traditionally handed down by an older wiser GM to one of his younger impressionable players. It is nearly impossible to learn from a text. 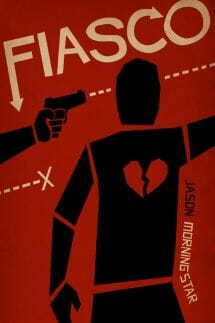 Fiasco by Bully Pulpit Games. One of the most famous GM-less RPGs.

I play in a long running campaign (12+ years), there are four players and the GM. I know none of us players could successfully run such a campaign, even with that exact same group, we would struggle GMing a one-shot.

Finding someone willing to put in the time and effort to GM can be a stumbling block, even for long established role-play groups. The gaming club Mexican stand-off, people want to play but no-one wants to GM.

Sometimes you get the opposite, an enthusiastic GM wants to run a game. However within half an hour or so it becomes clear that they have no grasp of the rules or background, have done no preparation and have no clue as how to manage a RP group. A traditional game has few means by which the other players can take up the slack and help the beleaguered GM out.

And sometimes the power just goes to the GM’s head, after all it’s MY game so I can punish any heretical players who dare disagree with MY vision! It’s back to rule zero and that random falling masonry.

By making the GM’s role essential, a barrier to actual play is created. This barrier is even more daunting to new players, unfamiliar with tabletop RPGs. With fewer people coming into tabletop RPGs, traditional GMs are a dying breed. At most gaming conventions, you will struggle to find a GM under 30 years old. Indeed conventions often have to offer incentives such as free passes to entice the precious GMs along.

The barrier to entry with GM-less RPGs is much lower as everyone is equal and no preparation time is required. Facilitating a game is much easier than Gamesmastering one. Combined, these factors make GM-less gaming a gateway into tabletop RPGs.

“I think the rise of GMless games is a sign of things coming full circle, a maturing of the range of rules available to gamers. Role-playing games have their roots in wargaming, it was common for wargamers to play without a referee and judge situations between themselves using the rules set. This, to me, is what a good GMless game does. It has a rules set used by the players to fairly judge play without the need for a GM. I don’t see GMless games as being a necessarily better sort of game, but they are now rightly taking their place in the range of role-playing games available to gamers. No longer does a rules set need a GM “just because”. A rules set should simply have what it needs.”
— Gregor Hutton (Boxninja)

GM-less RPGs are not going to replace GM led RPGs. But they might just save them by presenting more opportunities for actual play and enabling more people to come into the hobby. Realistically, computer RPGs are the biggest threat to table top gaming, unlimited play on tap and no hanging about waiting for the GM to turn up.

I have designed several GMless RPGs (Contenders, Hell 4 Leather, Piledrivers & Powerbombs, Labyrinths & Lycanthropes and Dragon vs Gun, www.princeofdarknessgames.com). They are great fun, liberating and easily as good as any GM led game. Most people who have played them agree – even the GM for my 12 year campaign!

“I design GMless games because I love being the GM and want to share
that fun as widely as possible.”
— Jason Morningstar

Personally, I design GM-less games because I hate being the GM and want the mechanics to do the hard work so we can just focus on the fun bits!

Alongside a design philosophy of simple focused mechanics with meaningful player choice, there are two main GM-replacement techniques I have employed.

More on these in the follow up article: GM-less RPGs, games design without a safety net!

I have not played any of the games that fall into this type as of yet. But I can say that the only part of the article I had “issue” with was; “Nonsense, removing the GM actually opens the door for truly balanced competition between players since no-one gets the special rule zero hat any more.” Really, I have never competed with the player, Oh BTW I am one of the lucky cross-over DM/Players. Nor have my players competed with each other. I do agree that there are far too few people who are willing to take up the task… Read more »

It can be a chore finding someone to DM. If someone managed to make a game that entertained like a rpg but didn’t need a DM then why wouldn’t that be popular?

I like to call these games Player-less instead of GM-less, since everybody is GMing.

That’s really clever. Small change but a big difference. I think you’re right too – everyone kinda needs to GM.

Do you think one “GM” who doesn’t get into the spirit of things can ruin it for everyone else?

I think there will always be a place for both, however I’m finding that GM-less RPGs are a fantastic tool for friends of mine who aren’t big on the hobby. I enjoy GMing very much but it’s always hard to find players, but with Fiasco I can bring together a group of my friends who usually would have no interest in RPGs and we can all enjoy the experience collectively

I’ve played a few of these kinds of games, most recently I played Capes. They’re fun. They’re not the same kind of experience I want the majority of the time. If you have access to a good GM, why would you even do this very often, other than if the GM wants a break? When I read these arguments a lot of the time I see “its hard to find ppl who want to put in the work of a traditional GM” and such, but if you have someone who is masterful at being GM and enjoys it, shouldn’t you… Read more »

Is the Era of the GM over? 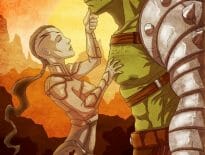 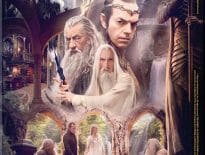