Ember is a card game from District31 which launched well on Kickstarter this week. The British tabletop game has earned thousands of Pounds in just a few days. You can see the latest totals on Ember’s campaign page.

In Ember players are apprentice wizards playing with a stolen mote of elemental fire and transforming it into powerful mythical creatures. Whoever makes the most powerful monster before the ember fades is the winner.

The core game comes with 30 creature cards, 52 cards in the character wizards deck and 6 archmage cards. Numbers may go up if stretch goals are hit.

A pledge of £12 is enough to get the core game and all stretch goals. There’s shipping to pay but its subsidized. All the higher tiers are limited in number – which includes the bonus cards. The £100 pledge level is already sold out. 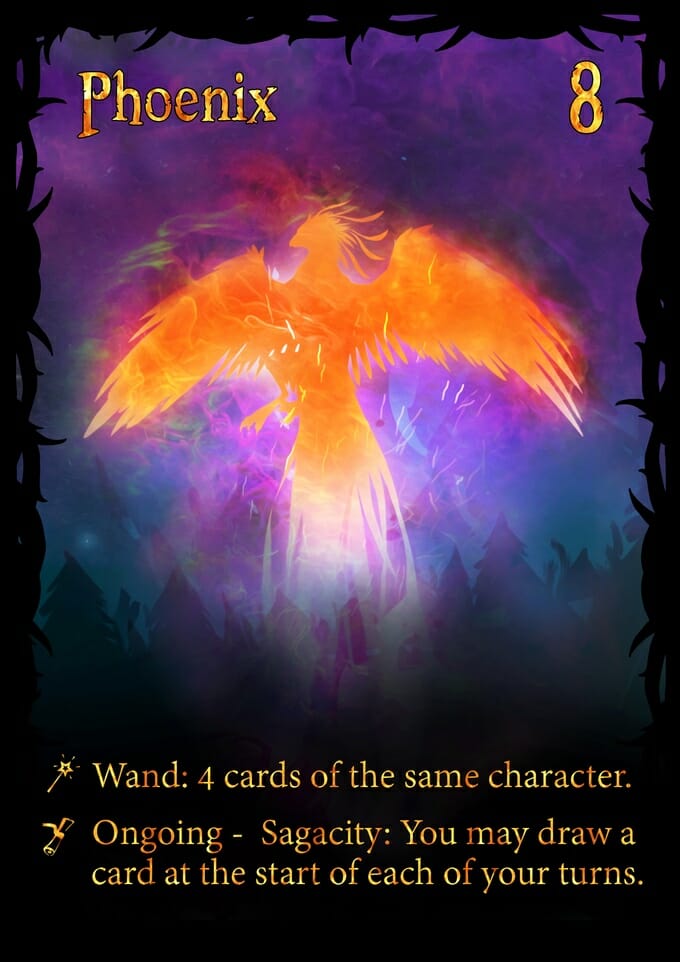 Tabletop & RPGs 7 tips to building a game world on the fly
💰 Copper Coins 💰 Geek Native is an affiliate and may earn commission on purchases you make from third-party sites.
🍪 Privacy & Cookies 🍪 The site uses cookies to survive. By accessing the site, you agree to use your browser to control cookie use or take 1d4-3 privacy damage (tracking). If you defeat cookies via ad blocking, please consider the Patreon. An intro to cookies, and how to control them, can be found here. I Manage Cookies