You are here: Home / Games / Tabletop & RPGs / 7 tips to building a game world on the fly

Tim Chant is a gamer and author (and baker) based in Edinburgh. His new novel Sam Cane: Hard Setdown follows the ex-con artist and ex-soldier Sam Cane as she flees to fringe of humanity’s scattered worlds and finds a whole lot of danger.

Geek Native wanted to tap into Tim’s experience and unearth some tips about creating planets and game worlds at short notice. We nearly interrupted his Legend of Five Rings game night too.

7 tips to building a game world on the fly

So your players have just jumped through a mysterious portal without spending two sessions probing it and talking about it, or ignored your carefully crafted clues and opted to spend six months hunting Thuggee in the Raj. Maybe they decided the only way to escape a Star Destroyer ambush is to make an unplotted lightspeed jump, and end up on a lost world rather than in the heart of a star? Or maybe one player can’t make it and you find yourself putting together a one-off, one session game in a hurry.

However it happens, sometimes you need to build a game world and build it fast (I find I need to, anyway, but that may be because of my players…). Nobody wants to adventure against a blank canvas with mannequin NPCs. It’s worth noting here that when I talk about world building, I don’t necessarily mean a whole world. It could be anything from a galaxy spanning Empire through which your PCs are rampaging in their battered Corellian freighter, or it could be a tiny village in which a whole adventure happens. Basically it can be any

Place – This sounds obvious, but working out a few details can make a huge difference in making the world feel real. You need to be able to tell your players a few standout details, even if you think they’ll have no bearing on what happens next (never underestimate your players in making use of anything). Coming out of hyperspace, do they see a plain old white dwarf or is it a binary system in which one star is slowly cannibalising its partner, circled by the remnants of shattered planets? Do the players tumble out of the portal’s backend into a jungle, or a steaming fern jungle redolent with the sights and smells of abundant life? Remember to engage the senses beyond sight and hearing, and particularly never forget smell.

Talk about their surroundings. Even if they’re just going from one key adventure point to the next, never just let them wander across a bland, flat Tron-like expanse. If the landscape is flat, give it features (is it a rocky desert or fields of corn as far as the eye can see?). Climbing a tree for a better view, does the jungle go on as an unbroken expanse or are they actually in the foothills of a towering, grim mountain range? And while your pulp heroes are hunting their Thuggee foes, what other

People do they meet? There are two things to consider when creating a world’s population. First off, make sure there is one, unless you’re very specifically going for somewhere deserted. Even if the world is deserted, other people might have left traces. I’m going to be a little controversial here – I actually quite liked the addition to Episode IV of more activity as Luke and the others arrive in Mos Eisley. The transition from completely empty township to bustling arcades later always felt a bit off. The additions maybe just didn’t need to be so ‘humorous’…

So you’ve got a population, a society – what’s it llike? Are there thick crowds speaking a range of languages or is it a serene, hermetic community? Are the people bright and busy, or drab and downtrodden? What your people are like will help to set the feeling of your world (just as the place will help to define the people in it).

Your players will almost certainly interact with the people around them. Even if a random stranger doesn’t have a nametag and hasn’t been promoted to the status of an NPC, you probably want them to be more than just ‘generic barkeep’ or ‘plot information download system’. You probably don’t want to worry about background too much, just an idea of appearance, mannerisms and how they react to the players. An idea of their history and what the general population is like will help you decide on these things. This is important not just to give the world a bit of realism, but to keep your players guessing. A fleshy information download system will be taken at face value, but a juicy tip from Shifty Sal, who has rotten teeth and stinks of stale beer, might give them pause to question if he’s reliable. And that leads to… roleplaying. 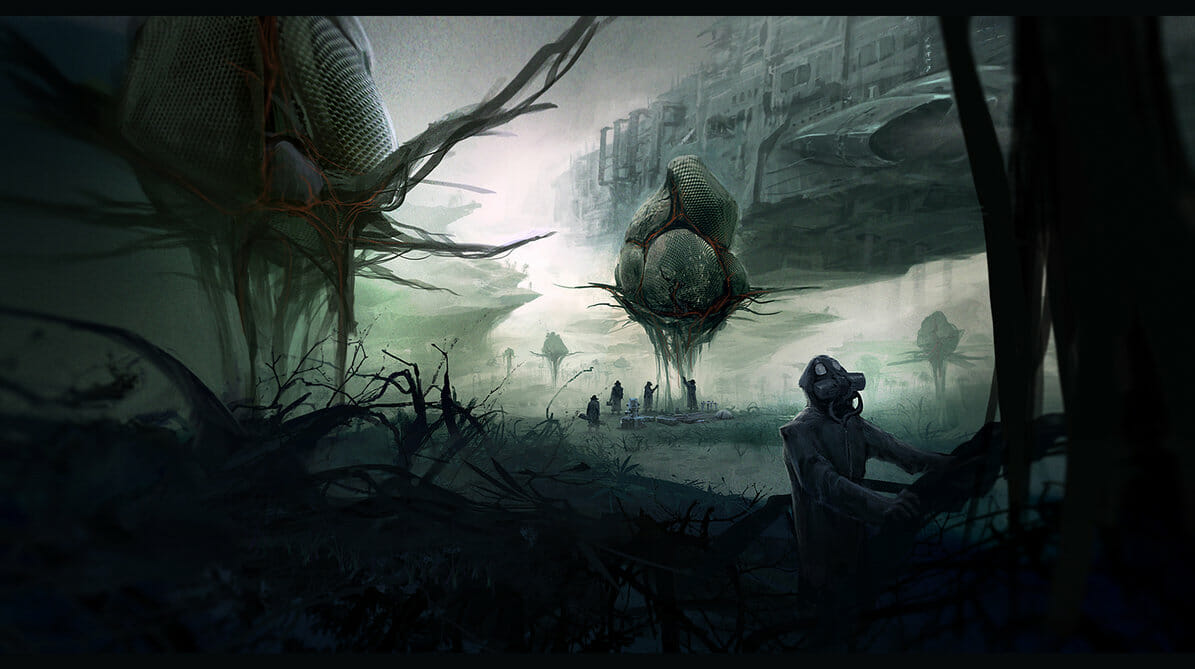 Of course, you might find yourself creating a character you and the players like well enough (or your players fixate on as a possible villain) that they earn a promotion to NPC. Whether or not your NPCs come up from the ranks, they’ll need some

History. How much depends on how important the NPC is. A low level street boss or an Imperial customs inspector might just need a couple of interesting facts somehow related to their interaction with the PCs or something the players can exploit to get what they want. I’d tend to flesh out major NPCs, particularly villains, a bit more. Nobody wants to go up against a cut-out villain who’s just being evil for the sake of it; and assistance received from an NPC who wants something in return or has some deeper motivation than just helping out makes for a more interesting scenario.

Your NPCs’ history will, in part, be shaped by the history of the world you’re building. This doesn’t need to be a comprehensive timeline going back until it’s lost in the mists of legend. But a rough idea of where the world has come from, some big or traumatic events in its recent past, will help you shape what’s happening when your PCs first step onto the scene. Even if it has no bearing on the plot, it can shape the place and the people. Of course, if you’re setting somethingin an estabished game world or in our own history, a lot of this work has been done for you and you can flip through a couple of books or glance at Wiikipedia, but you’ll still need to think about what’s been happening in your specific place and with your specific people. The history might give you the backstory for your NPCs, if they were somehow involved in a key event. Just remember, when you’re creating background for both characters and the world,

Obey the rules. By this I mean, the world should be internally consistent. You’ve got a central Maguffin (a giant superweapon!) or your heroes are sword-and-fireball slingers in a high fantasy realm. These things are, of course, only possible in the imagined world you’re sharing with your players, but they’ll only be believable if they’re consistent with the world and vice versa. Would the history you’ve created just not work if a bunch of wizards could have turned up and changed the outcome? Your SF world has real-world physics but your world destroying superweapon can zap planets in other stellar systems in the blink of an eye (and people on other planets can see it happening) – that’s great, but you really need to have a game-world consistent reason. Shrugging and saying ‘because’ will just drop your players out of the game world. Honestly, there’s a huge amount to say on this one and I’m not going to go into details. I’ll just say that it’s easy to get yourself in a muddle when you’re doing this on the fly, so it’s one to keep an eye on.

Of course, one of the easiest ways to do this is to

Be inspired… Who doesn’t occasionally read something in a book or sourcebook, or see a scene in a film or TV series, and think ‘I’d have done that differently’ (or, let’s be honest, ‘I could have done that better’)? The great thing about creating your own world is that you can do just that – take a scene you like, or a character, or a facet of history, and play around with it. This is particularly straightforward if you’re running a real world (or near-real world) game, or near-future SF where the events of today are still echoing in your tomorrow. If you’re running a game with an established game world and a history presented in exhaustive detail, don’t let that stop you from introducing your own elements from other sources or digging around in the background for plot seeds. If you’re coming up with something completely out of the blue and in a hurry, there’s no harm drawing on some of your favourite TV shows for worlds or situations. One of the favourite games I’ve run was loosely based on a Gerald Durrell short story (it was an Adventure horror crossover…). The important thing, though, is

…don’t plagiarise. I’m not saying IP owners are watching you through your phone, ready to unleash an army of lawyers on you (yet). But your players will police this, one way or the other. Particularly if you’re drawing on well-known tropes, if you’re too close to the source material you will create a certain set of expectations of how things are going to go. You can use this if you want to keep your players on their toes, but it can also lead players to go straight to the answer by applying out of game knowledge or be disappointed if the resolutio doesn’t match their expectations. And no matter how obscure you think the source is, always assume one of your group knows it as well (it’ll be the same player so knows all of the rules for every game).

Having said that, I’ve yet to encounter anyone else who’s read the Durrell story I noted above.

That’s about it from me. This looks like a lot, but it doesn’t have to be hard work. Don’t treat it as a hard and fast checklist to go through one step at a time. I find it useful just to have these things in mind when I’m building a world (either for a game or for other projects), and even an hour’s prep along these lines can make a huge difference to how alive your game world becomes. You never know – you might end up building a world on the fly that you like so much you end up coming back to it and building it in more detail. I’ve built a whole world around a simple throw-away, freestyle game I came up with in a couple of hours. And I’ve always tried to stick to these concepts when I’m building something more comprehensive, whether from scratch or from something I’ve had to dream up in a hurry.

7 tips to building a game world on the fly 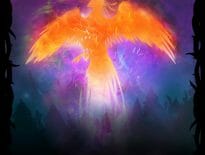 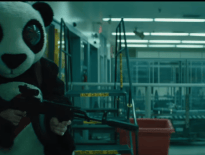 Movies Proudly the worst heroes ever – it’s t…
wpDiscuzComment Author Info
Manage Cookie Consent
This site uses cookies 🍪, and links are ads that may earn bloggers some money 💰, and with this alert, I very much hope that these dark truths 🧌 are acknowledged.
Manage options Manage services Manage vendors Read more about these purposes
Preferences
{title} {title} {title}
Loading Comments...