TORG by West End Games enjoyed plenty of praise from a very loyal fan core but vanished after the studio closed. The rights to the game were eventually picked up by TORG fan Markus Plotz.

As Markus Plotz is the president of Ulisses Spiele, a leading German game manufacturer and distributor, it comes as no surprise to see the game come back. The new game will be known as TORG: Eternity.

TORG co-creator Greg Gorden has been involved at a “high level” (typically code for “not hands on”) but likes the game. He told press;

I really like this re-imagining of the TORG mythos. The streamlining and modernization of the game mechanics feel spot on. I cannot wait to play this game!”

In the United States the project is being helmed by Shane Lacy Hensley. Yes, that Hensley. This doesn’t mean he’s leaving Pinnacle. He reassured fans;

Though my plate is pretty full with my own company, Pinnacle Entertainment Group, I couldn’t resist working on the game that gave me my start. I also met a kindred spirit in Markus Plotz who truly loves and appreciates what a turning point Torg marked in RPG development, so I just couldn’t say no.”

This will be the first English RPG that Ulisses Spiele has published. Interesting to see if the company develops a taste for it.

Are you doing a kickstarter? I will definitely go in for one for this game. 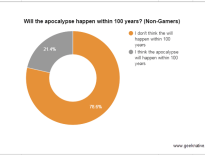 Geek Stuff Are gamers pessimistic about the future? 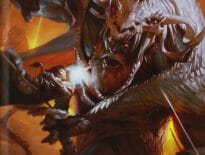