You are here: Home / TV / Doctor Who: The Eleventh Hour and The Beast Below

The Doctor Who magazine subscription has revealed the first couple of 11th Doctor Eposides (do we like the phrase “New Who”?).

The first two are helmed by Steven Moffat himself; “The Eleventh Hour” and “The Beast Below”.

I think The Eleventh Hour is an interesting twist. We may be beyond some of the early suggestions of how many regenerations the Doctor may be allowed. We may be approaching Valeyard time. We are approaching the magic “12” which clocks all around the world make significant.

As for “The Beast Below” – that reminds me of “The Impossible Planet” and “The Satan Pit“, both written by Matt Jones. I doubt, though, there’s a connection.

We also know the name of the third episode. The “Victory of the Daleks” will be written by Mark Gatiss of The League of Gentlemen and a number of Doctor Who novels fame.

Doctor Who: The Eleventh Hour and The Beast Below 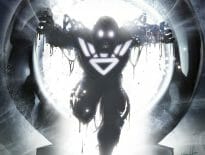 Comics The return of the Anti-Monitor 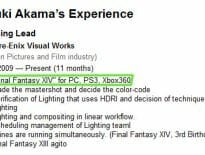 Console Social Media fail: LinkedIn profile confirms Final…
💰 Copper Coins 💰 Geek Native is an affiliate and may earn commission on purchases you make from third-party sites.
🍪 Privacy & Cookies 🍪 The site uses cookies to survive. By accessing the site, you agree to use your browser to control cookie use or take 1d4-3 privacy damage (tracking). If you defeat cookies via ad blocking, please consider the Patreon. An intro to cookies, and how to control them, can be found here. I Manage Cookies