You are here: Home / Games / Tabletop & RPGs / Americans ban D&D because it is dangerous – applies to prisons

This is a story I wish I’d written about when it first pinged by radar because it has gone and become super popular now. In essence; United States Court of Appeals for the Seventh Circuit rejected the claims a prisoner made that he should be allowed to play D&D.

It’s worth noting these are the claims of a killer. Kevin T. Singer beat his sister’s boyfriend to death. Singer had argued that his rights to play D&D were protected by the American First Amendment and 14th Amendment after his prison decided to ban the game. Not only did he loose his books. He lost his 96-pages of DM notes (at least; I assume they were DM notes – he could have been a very obsessive player).

The prison banned D&D because they felt it could create a gang culture and encourage escapism fantasies. I admit gaming is about escapism in many ways; never before had I imagined the word would be applied to escaping from jail!

The reason the story has picked up so much attention is that the New York Times has covered it. John Schwartz, the NYT journalist, points out just the level of attention the legal blogs have given to the news. Interestingly many of these legal bloggers seem to be pro-gamers.

Ilya Somin, an associate professor of law at George Mason University, is quoted;

“Should prisons ban ‘The Count of Monte Cristo’ on the grounds that it might encourage escape attempts?”

“Ideally, you should really have more evidence that there is a genuine harm before you restrict something,”

Professor Ilya Somin also said the prison’s action reminded him of the 80s frenzied discussions around whether gaming was bad for you.

Just for the record; the gaming session I was at last night happens to be part of the “Ilya” campaign. Ha.

Now I’m not defending the rights of killers. I don’t think the prison has got this one right, though. I would imagine D&D helps people communicate and come to see the value in working together. I think the typical D&D campaign paints a picture of good versus evil where good tends to rally around to sort out the evil.

Americans ban D&D because it is dangerous – applies to prisons 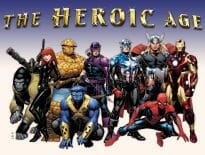 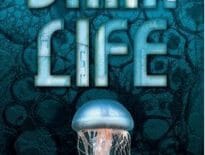