You are here: Home / Books / Will we see a Dark Life movie? 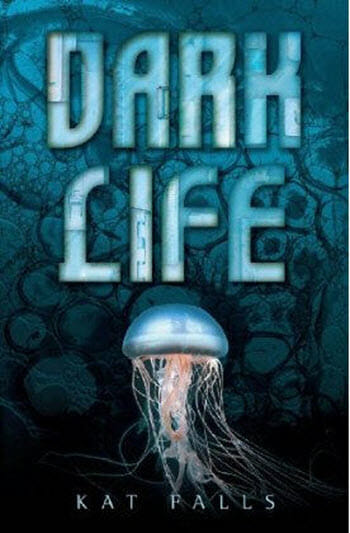 Kat Falls’ Dark Life adventure novel isn’t even out yet but The Gotham Group have already optioned it as a movie. The Gotham Group may be best known to Geek Native readers as the people who optioned – and made – The Spiderwick Chronicles.

Many books get optioned but few of them make it as far as being a movie. If the Dark Life movie does happen then Ellen Goldsmith-Vein and Lee Stollman from Gotham will be the producers.

The Dark Life book, due out in hardback in May, sounds pretty good. It’s set in an apocalyptic future where the waters have risen high. Mankind is left to struggle for space, all squashed dangerously together, in the thin strips of land which remains.

The book follows Ty, an underwater pioneer, who has to fight for his homestead when bandits attack government supply ships and threaten to cut off their vital supplies. Of course, the truth is never that simple; especially not if you’ve got the Dark Gift.

Will we see a Dark Life movie?

Console Heavy Rain Four Days (#heavyrain4days) starts tomo…
💰 Copper Coins 💰 Geek Native is an affiliate and may earn commission on purchases you make from third-party sites.
🍪 Privacy & Cookies 🍪 The site uses cookies to survive. By accessing the site, you agree to use your browser to control cookie use or take 1d4-3 privacy damage (tracking). If you defeat cookies via ad blocking, please consider the Patreon. An intro to cookies, and how to control them, can be found here. I Manage Cookies