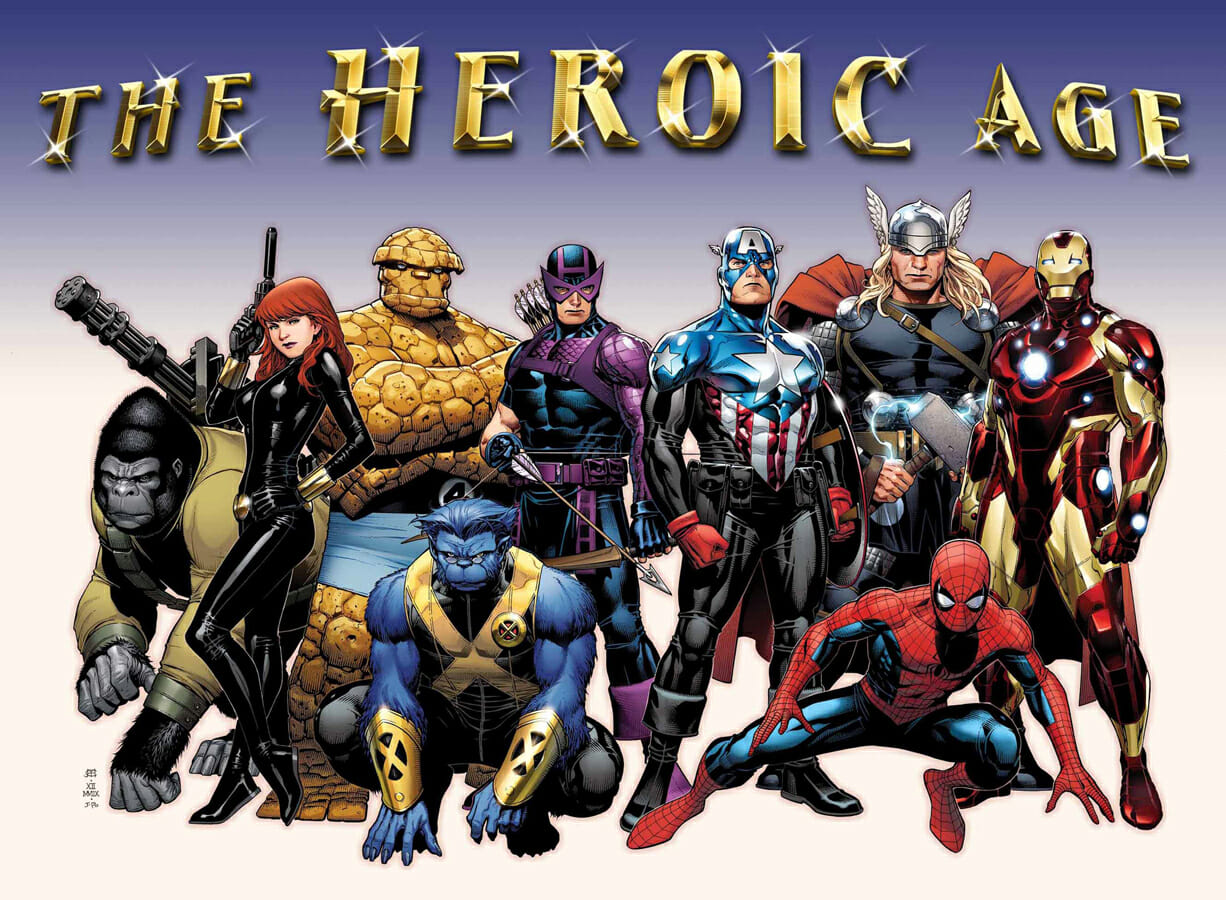 Well, here it is, the line up of the new, shiney, post-Siege Avengers:

Left to Right we have: Gorilla Man (from Agents of Atlas), Black Widow, The Thing (from the Fantastic Four), Beast (from the X-Men), Hawkeye, Captain America (the Bucky Barnes version rather than the recently reborn Steve Rogers), Thor, Spiderman and Iron Man.

With the exception of Gorilla Man, all of these characters have appeared (or will appear) in recent Marvel movies.  Franchisetastic!

time to read: <1 min
Movies Update on: Ultramarines, the Warhammer 40,000 movi…
Tabletop & RPGs Americans ban D&D because it is dangerous …
💰 Copper Coins 💰 Geek Native is an affiliate and may earn commission on purchases you make from third-party sites.
🍪 Privacy & Cookies 🍪 The site uses cookies to survive. By accessing the site, you agree to use your browser to control cookie use or take 1d4-3 privacy damage (tracking). If you defeat cookies via ad blocking, please consider the Patreon. An intro to cookies, and how to control them, can be found here. I Manage Cookies