You are here: Home / Movies / Tobey Maguire to play Bilbo Baggins in The Hobbit?

The internet is awash with speculation today that former Spider-man actor Tobey Maguire has signed to play Bilbo Baggins.

British tabloid The Sun broke the news. They say that Guillermo del Toro and Peter Jackson have been after him for months as both saw him as perfect for the role. The paper, which doesn’t like blogs quoting it, may also have said something about Maguire quitting Spider-man because he was unhappy about the direction of the fourth film. Make of that what you will.

We do know that they’ll be filming The Hobbit as two separate movies. If everything goes to plan (and with Jackson and possibly Maguire onboard how could it not go to plan – oh, wait, darn!) then we should get the first movie in 2011 and the second in 2012. As you might expect they’ll be returning to New Zealand for the filming too.

Tobey Maguire to play Bilbo Baggins in The Hobbit? 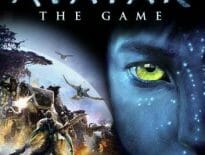