You are here: Home / Movies / Will the Dungeon Masters movie help or harm Dungeons and Dragons?

An evil drow elf is displaced by Hurricane Katrina. A sanitation worker lures friends into a “Sphere of Annihilation.” A failed super-villain starts a cable-access show involving ninjas, puppets and a cooking segment.

The feature length is described as a documentary and will follow some dungeon masters around as they have to confront reality as it thrusts itself in their way. Quoting, once again, from the synopsis we have; “Soon the true heroic act of each character’s real life emerges, and the film follows each as he or she summons the courage to face it. Along the way, THE DUNGEON MASTERS re-imagines the tropes of classic heroic cinema, creating an intimate portrait of minor struggles and triumphs writ large.”

It’s not clear from the trailer video as to whether the documentary is a) actually a documentary (if it’s marked as fiction it can call itself whatever it wants) or b) presents a balanced view of anything.

The film has a holding site up now at dungeonmastersmovie.com The eagle eyed will spot that the name of one of the companies involved is “Saving Throw Productions” which suggests something of a gamer-centric view.

I actually got to review this when it played at SXSW 2009 (http://www.austinchronicle.com/gyrobase/Calenda…). As a former gamer myself (sadly, just don't have the time to commit to a campaign), I thought it was accurate in a few ways that some gamers may find upsetting but, like Darkon, it was also pretty astute about what's best about gaming culture.

Will the Dungeon Masters movie help or harm Dungeons and Dragons? 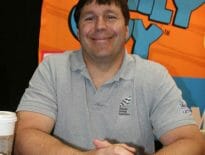