You are here: Home / TV / Star in Supernatural series five – win the Lucifer is Coming game

UK TV channel Living TV not only has the exclusive rights to air series 5 of the show it is launching a game to promote it.

Guilty secret: I quite like Supernatural. I’m sure it was the tagline “making scary sexy” that caught my attention although they’ve kinda let that go; haven’t they? I’m miles behind in the series and probably beyond the point of catch up.

To win in “Lucifer is coming” players need to locate all the secret symbols or – and this is the viral bit – build an armour of followers via Facebook. There’s going to be help, clues and a countdown via a Twitter account.

The lucky winner gets to appear on the show.

If you fancy trying to win and perhaps appear in the TV show then head over to luciferiscoming.com. Imagine being the domain regisitar who put that request through! 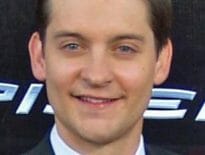