You are here: Home / Movies / Avatar sequels on the way 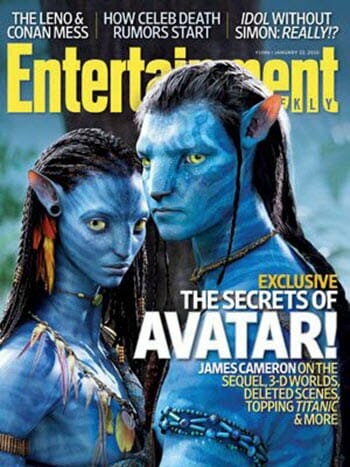 Entertainment Magazine have a bit of a sci-fi scoop on their hands; they’ve got James Cameron talking about the 3D sequel to Avatar. Actually, there may be more than one sequel.

“I’ve had a storyline in mind from the start — there are even scenes in Avatar that I kept in because they lead to the sequel,”

Cameron says in his Entertainment interview;

“It just makes sense to think of it as a two or three film arc, in terms of the business plan. The CG plants and trees and creatures and the musculo-skeletal rigging of the main characters — that all takes an enormous amount of time to create. It’d be a waste not to use it again.”

This more than just chest thumping too as its been confirmed that Sam Worthington has already signed up to play Jake Sully at least one more time.

Avatar was a gamble for the Cameron and his backers but surely it’s paid off now – Avatar is closing (has past?) Titanic (his own movie) as the highest earning film of all time. Whereas a sequel to Titanic was always going to be unlikely Avatar has no such restrictions.

Avatar sequels on the way 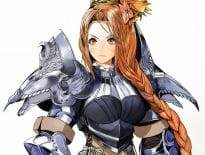 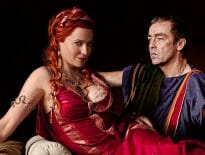 Comics Sexy Spartacus: Blood and Sand comics and trailers…
wpDiscuzComment Author Info
Manage Cookie Consent
This site uses cookies 🍪, and links are ads that may earn bloggers some money 💰, and with this alert, I very much hope that these dark truths 🧌 are acknowledged.
Manage options Manage services Manage vendors Read more about these purposes
Preferences
{title} {title} {title}
Loading Comments...