You are here: Home / TV / The world of tat: A review of Ashens and the Quest for the GameChild 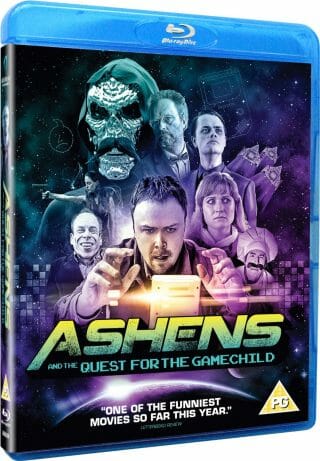 Ashens And The Quest For The Gamechild

I remember when I first encountered Ashens on YouTube. I was visiting friends, they had YouTube running on a big TV and were laughing hysterically as someone with a smooth English accent tried to review some awful toy.

That’s what Ashens does. He collects old tat – bric-a-brac, old toys, the sort of crap you might find in a car boot sale – and reviews them. He has a sense of humour that verges on the sardonic. His enthusiasm for the tat, though, is high. The result is magic. The disappointment when the tat turns out to be far below his worse fears.

You’ll find an example of one of his reviews – for the AirPhone 4 – just below. Good ol’ AirPhone 4, did you ever have one?

In fairness to Stuart Ashen, the movie looks far better than $74,000. It was made in partnership with YouTube. I wonder how much help, cash or otherwise, they offered.

In terms of special guests alone Ashens as the Quest for the GameChild is worth watching. There’s Warwick Davis (Harry Potter, Return of the Jedi, Willow) and Robert Llewellyn (Red Dwarf, Scrapheap Challenge) plus a host of YouTube stars.

The plot is straight forward. There’s a knock-off GameBoy design called GameChild that is out there and very rare. Only 200 got made and most got recalled. Ashens hears rumours of one still being available… and strangely receives some anonymous encouragement to track it down. 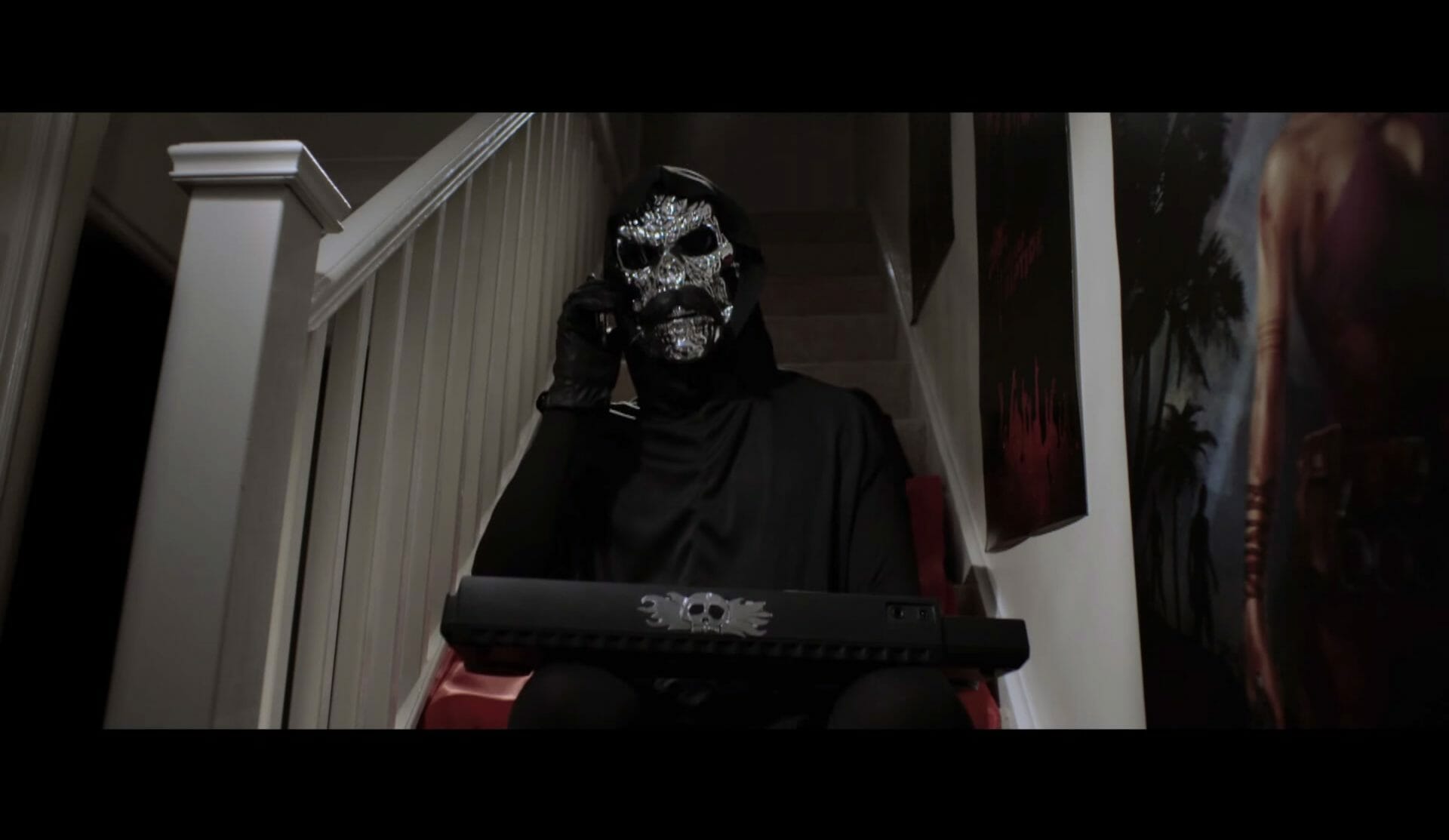 The result is an oddball adventure laced with British humour. The silver skull character just wants to experiment with Jazz. A friend breaks into Ashens’ house and throws a house party. There’s a trip through a mysterious fog wall. There are local superheroes Knighthood and Decoy who turn up and lend a hand. There’s chef-to-chef combat on the roof.

I’m glad I’d seen some Ashens on YouTube before I watched this movie. You don’t need to have seen any of the original “series” to pick up this DVD and enjoy it. If you’re happy with the idea that an “Indiana Jones of tat” can exist then that’s all you need. However, if you know Ashens a little then that helps your enjoyment along.

It was the first time I’d ever seen the voice behind the camera. I thought he looked a little like Simon Pegg. I suspect I’m not the only one. True. This feature-length movie couldn’t stand toe-to-toe with Hollywood blockbusters. It isn’t fair to compare the Quest for the GameChild to the sort of 12-minute short movie that appears on Vimeo from time to time. GameChild couldn’t labour on a few minutes of animation for a year and a bit in an all for nothing gamble. This is a full-length movie. The challenge is far higher.

Fans of Ashens will, most likely, enjoy the movie. This is an extension of a geeky lifestyle choice. This is validation of your tastes.

People who’ve seen some of Ashens’ reviews, like me, but not subscribed to the channel will probably like GameChild too. I did. I did but my easily distracted mind did begin to wander at times and I was worried by the weird opening scene.

If you’ve no idea about the world of knockoff merchandise, can’t see how deadpan reviews of cheap plastic toys could be funny, don’t usually get geek culture references or generally need your jokes served straight down the middle – then you’ll probably struggle with Ashens and the Quest for the GameChild too.

This is a movie by geeks, for geeks, about geeks. 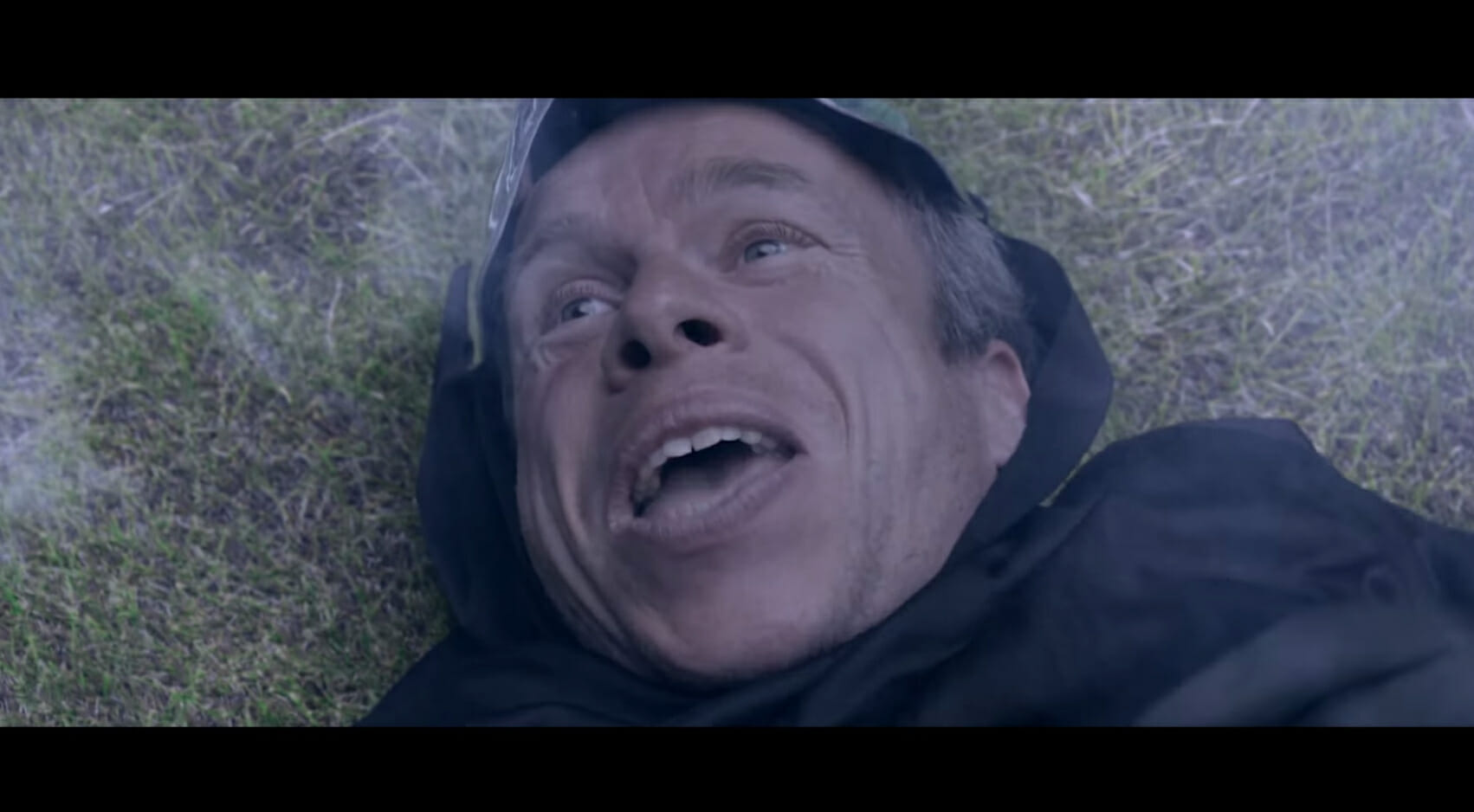 My copy of Ashens And The Quest For The Gamechild was provided for review. The movie is available on Blu-Ray and DVD.

The world of tat: A review of Ashens and the Quest for the GameChild 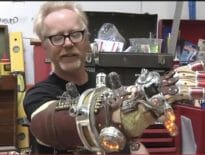 Cool Tech Adam Savage shows off his mecha-glove from Hellboy… 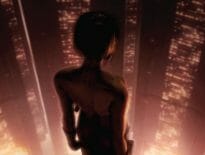