You are here: Home / Movies / Geek gang: A review of Ashens and the Polybius Heist

Ashens is a British YouTuber, one of the first, who has been entertaining fans for fifteen years by reviewing cheap tat with deadpan delivery.

Six years ago, he raised $74,000 on Indiegogo, recruited geek favourites like Warwick Davis and Robert Llewellyn and made Ashens and the Quest for the GameChild.

It was a movie for fans, and as a fan, I enjoyed it, but I honestly didn’t think it would lead to anything else.

I was wrong, working with Relentless Films and his 1.5 million followers, Ashens raised £150,000, put it towards another film, a sequel of sorts (you don’t need to have seen the first) and gave us Ashens and the Polybius Heist.

As the name suggests, the Polybius Heist is a geeky comedy of a crime thriller in which the Ashens Eleven have to try and get their hands on an urban legend of an arcade cabinet that might be able to control people’s emotions.

Games that get into your head? Tell me about it.

Robert Llewellyn returns, and we the likes of Daniel Hardcastle (aka Nerd3) who has 2.5 million fans, Stuart Barter (aka Stuggy) and breakout talents like Katia Kvinge all of who contribute to a charismatic ensemble cast. I even spotted Mr Weebl.

I’m not going to say that it is the people who make this movie. Why? I think that would undermine the cheesy but effective laughs of the plot. Ashens and the Polybius Heist will make you snort. It’s not a slap your friend and bend over howling comedy, it’s too British for that. It’s the reoccurring gags that will get you, layering up until you feel part of the in-joke.

With Ashens and the Polybius Heist, you’re part of the crew. This is twice true if you’re a follower of any of the geek culture celebs featured, you’ll feel as if you’ve known the gang for years.

I think you feel this most with the camera angles and some of the locations. The film seems to have been shot on location, rather than with green screen or via stage, so they could only put the camera where they could put the camera. What else do you expect?

On the flip side, the special effect budget was wisely spent, hinting at significantly more than £150,000 spent on the movie, but then again – what else did I expect from a talented bunch of YouTubers?

Is this a film for everyone? Sorry, I’m not confident in saying that. I can’t imagine what it would be like watching the Polybius Heist without the treat of seeing a familiar face popping up. Maybe it’s just a weird heist movie for some people.

I’m happy to say it was a movie for me.

I was lucky enough to watch a preview release and get the chance to dig around some of the fact files. I know, for example, it was filmed with an Arri Alexa, and that Robert Llewellyn’s PR quote contribution is:

If you’ve ever heard of Comic-Con, let alone been to one, then trust me you’ll love this film.

I agree with Kryten, sorry, Llewellyn, and I’m reminded of my final line in the GameChild review; “This is a movie by geeks, for geeks, about geeks.” That’s true again. This time there’s the added twist in that Heist also gets to be one of those rare sequels which are better than the (sorta) original.

Ashens and the Polybius Heist is going straight to digital, well, it was partly filmed and released during the pandemic and digital was its destiny. So check on iTunes, Google Play, YouTube, Amazon Prime Video or Vimeo on Demand for it.

Disclaimer: I received a free preview screening of Ashens of the Polybius Heist to review.

Geek gang: A review of Ashens and the Polybius Heist 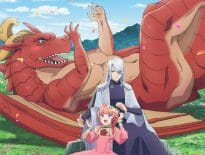 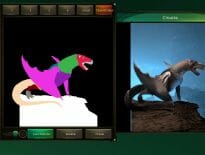