You are here: Home / Games / Tabletop & RPGs / Prelude to a War: A Review of The Sixth Doctor Sourcebook 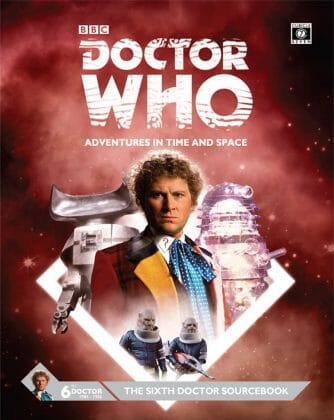 The Sixth Doctor Sourcebook on RPGNow

There’s every possibility you’re one of the people who considers Colin Baker’s tenure as the nadir of classic Doctor Who. It might be hard to pin the problem down to one thing, but the foul temper, hideous outfit and general dislikability of the Sixth Doctor’s personality didn’t help. After just two short seasons, Colin Baker disappeared. His appearance in images within the old FASA Doctor Who vanished and Sylvester McCoy doubled up for Colin in the regeneration scene at the start of Time and the Rani wearing an unconvincing blond wig.

The Sixth Doctor, it would seem, presented a much maligned footnote in the history of the Universe’s most famous Time Lord. On that basis, what can a Sourcebook on his adventures hope to add to the existing (and ongoing) line of Sourcebooks for the Doctor Who: Adventures in Time and Space game? I couldn’t see it myself – and openly admit, point blank, that I haven’t spared much time for the Sixth Doctor. I have DVDs, videos and audio adventures in my Doctor Who collection from every incarnation of the Time Lord – and the only reason I have a single moment of the Sixth Doctor in my collection is that The Trial of a Time Lord came in a rather spiffy metal TARDIS tin.

So, what can I say about Cubicle 7’s sixth entry in the Doctor Sourcebook range?

What else, but – sorry, Colin…

Form
The Sixth Doctor Sourcebook follows the same format as all the previous books in the series. Written by Alastair Stewart and published by Cubicle 7 in both PDF and hardback formats, the sourcebook all feature copious imagery from the series during Colin Baker’s tenure in the role. All images crisp and appropriate, giving you ample opportunity to appreciate the technicolor nightmare of the Sixth Doctor’s attire.

The review relates to the PDF, which runs to 160 pages, in a two-column format for all but the Introduction. The type and style matches that of the core rules and other sourcebooks, with new traits, gadgets and non-player characters presented in the relevant sections, usually in blue/black boxes or sidebars.

Each Sourcebook has taken a slightly different approach to chaptering content, and in this case you get a separate chapter for each of the two seasons that make up the Sixth Doctor’s adventures – with the admittedly small allowance that the first adventure – The Twin Dilemma – which squeezed in at the end of the Fifth Doctor’s final year, fits in with the others from Season 22.

Features
What could possibly have redeemed the Sixth Doctor in my eyes and made this Sourcebook a must have volume? How can the most heinous fashion crime to grace the screens of mid-80s science fiction manage to keep me reading from start to finish with barely restrained fascination?

Well, I suppose it depends on where you stand with all the 21st century business of the Time War. If you have hated every single moment of it, then perhaps you won’t have the same sense of revelatory forgiveness. Then again, perhaps The Sixth Doctor Sourcebook will capture your attention for other reasons – so, please stick with me.

When I reviewed The Fifth Doctor Sourcebook I touched on the fact that all the Sourcebooks run to roughly the same page length, and yet Davison’s tenure ran to just three years compared against Tom Baker’s seven seasons. How can you draw out so few adventures to fill the available space? Well, you explain the individual adventures in much greater depth.

Strangely enough, while the Sixth Doctor had even fewer adventures than the Fifth, Alastair Stewart has not filled them with the same lengthy synopses, but opted instead for a wealth of non-player characters, new traits, and – most encouragingly for the folk who don’t rate the Time War – a metric ton of Adventure Seeds.

The Sixth Sourcebook positively brims with adventure ideas. Not just the two or three seeds that follow the individual adventures, offering possible way to follow-up or precede the events therein, but more. The Trial of a Time Lord chapter offers a 4-page campaign seed, while the Appendix outlines a further campaign framework that ties elements of all the Sixth Doctor’s adventures into an arc plot (which, I must admit, does have a lot to do with the Time Lords and the Time War, but could be focussed more on the Machiavellian Gallifreyans, if you so chose).

The structure of the book breaks down into three parts. A brief introduction, over the first two chapters, considers The Sixth Doctor, Who in the mid-1980s, and his two companions – Peri and Melanie Bush. It also includes seven new Traits – like Melanie’s Positive Outlook – and a few new Time Lord tricks – like the Rassilon Imprimatur, which maintains the stability of Time Lord and TARDIS inside the Vortex.

(For the crunch hungry, the book includes a further nine Traits – including essentials like Failed Cyber Conversion, sure to have a use in Who and Torchwood campaigns, and Temporal Amnesia).

The next two chapters cover the two seasons of the Sixth Doctor, with the second contained within the arc of The Trial of a Time Lord storyline. As I say, these two chapters not only include the standard Adventure Seeds, but also an additional campaign seed. The PDF includes full bookmark coverage, with individual entries on key concepts – like pacing in Sixth Doctor adventures, characters, gadgets, traits, organisations, and seeds. Need the info on a Glass Dalek, Bandrils, Sil, or Shockeye – they’re all just a bookmark tap away.

Each story includes a synopsis of varying length, depending on the complexity of the adventure. Continuity notes pick out things like historical characters, references to wider themes, and similarities with adventures of the other Doctors. Running the Adventure offers advice on playing the adventure as written with your gaming group or how you might adapt it. It considers how you can use pace, themes and recurring elements to give the right flavour. If certain aliens, technology, vehicles or similar have a role to play, they appear with appropriate statistics and new traits. Then, you have Further Adventures, which offers three seeds that draw on elements of the story to continue your own adventures.

To be clear, some of the Sixth Doctor’s stories were not well thought out (and I’m being quite polite here). Despite featuring The Master and The Rani, for example, The Mark of the Rani makes very little sense plot-wise on screen – no matter how cool embryonic Tyrannosaurus Rex might seem. However, the author makes the difference. Alastair offers angles, views, concepts and ideas that take the raw story material and shaky plots, then spins them off into viable game material. The many and varied ideas he has on the origins of the already cool character of The Valeyard, from The Trial of a Time Lord, makes me want to throw him at my players at the next possible opportunity.

And when you read the plots along with the ideas, you see the Sixth Doctor in a new light. His short period in the TARDIS saw him meeting all sort of Time Lords, but also technologies that had the Gallifreyans quaking in their boots. The time travel experiments of Kartz and Reimer in The Two Doctors, Crozier’s Conscience Transference Machine in Mindwarp, and the Black Light Generator in The Mysterious Planet – they’re all extremely powerful developments that the Time Lords take steps to put out of harms way and they do it with The Doctor. Through the lense of the Time War, which in principle started with the Fourth Doctor in Genesis of the Daleks, the adventures of the Sixth Doctor make him look more like a carefully deployed pawn in the Time Lords’ stratagems than some hapless buffoon in a daft costume.

The final section – the Appendix – takes all the stories and casts them as chapters in the Time War, offering thoughts on how the stories might fit as seen, then outlining an Adventure Seed. The introduction to this section makes it very clear that such ideas make the characters unwitting tools of the Time War – and the author’s ideas include a lot of licence as the stories obviously weren’t written to be part of something that didn’t exist until 20 years after they were televised! Nevertheless, it all makes interesting reading, brimming with ideas.

Final Thoughts
I openly and freely admit my indifference to the Sixth Doctor before picking up The Sixth Doctor Sourcebook and my concern about what I might find inside, but Alistair Stewart pulled off a real coup. I now find myself digging out the videos of The Trial of a Time Lord, and wandering whether I can justify spending money on picking up Season 22. The Sourcebook doesn’t absolve this period of its plotting sins nor will it make some characters or stories timeless classics – it can’t work miracles. What it does do is that it takes what the Sixth Doctor did and makes those worlds places you want your band of time travellers to visit.

Alastair Stewart genuinely has done a sterling job – and I commend him for the effort. While a couple of the Synopsis sections run a little long, the two campaign arcs and the wealth of ideas around the Time Lords and the Time War make this Sourcebook a valuable reference. While the closing period of the Time War has become increasingly tied up by the adventures of the later Doctors, the prelude and early actions suggested here provide an ideal opportunity to get involved.

Gallifrey may well not fall, but what did it take to hold the trenches and turn the tide? The Sixth Doctor Sourcebook might help you make a fight of it…

My copy was provided for review. Doctor Who: The Sixth Doctor Sourcebook, Alastair Stewart, Cubicle 7, priced $14.99 in PDF at time of writing.

boreders cubicle7 Thank you so much:)I’m delighted you liked the book and that the fun I had writing it came across:)

AlasdairStuart cubicle7 Absolutely it came across. You engaged my attention & gave me fresh appreciation of the 6th #doctorwho GeekNative

GeekNative cubicle7 What a great cover!

boreders cubicle7 Great review. Sixth Doctor Sourcebook should get an ENnie for Best Written next year.

Prelude to a War: A Review of The Sixth Doctor Sourcebook 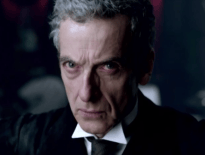 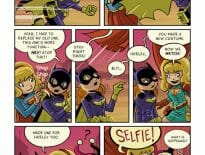 Comics Supergirl approves of the new Batgirl costume
wpDiscuzComment Author Info
Manage Cookie Consent
This site uses cookies 🍪, and links are ads that may earn bloggers some money 💰, and with this alert, I very much hope that these dark truths 🧌 are acknowledged.
Manage options Manage services Manage vendors Read more about these purposes
Preferences
{title} {title} {title}
Loading Comments...