You are here: Home / Books / Comics / For chaos and love: A review of Elric Stormbringer 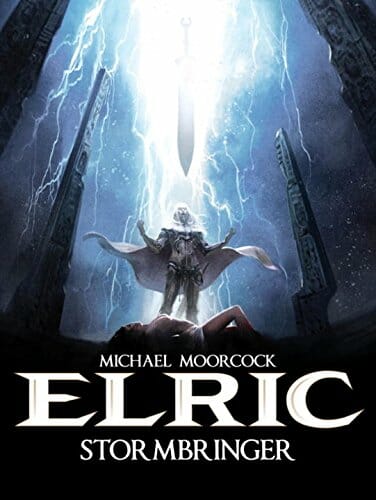 Elric Stormbrnger is the second hardcover graphic novel in the remastered and entirely masterful series from Michael Moorcock. I really enjoyed the first – Elric: The Ruby Throne – and Stormbringer picks up straight away.

We’ve an Emperor of a powerful (but not as powerful as they once were) and chaos worshiping set of warriors and nobles. The chaos worshippers live across a deadly sea from civilianised people and the Emperor, Elric, has just had his queen stolen from him by her brother. The result? A whole host of demon summoning.

In The Ruby Throne you might have wondered whether Elric was strong enough to lead his people. He seemed weak, needing drugs to stay alive and was detached from his people. It was fairly easy to out manoeuvre him. In Elric Stormbringer we see an entirely different Emperor. He seems incautious, driven and insane. This Elric refuses to bow down before elemental gods. This is a Stormbringer who summons the lord of Chaos and demands assistance. He will not be cowed.

Titan Book’s latest edition of Elric Vol 2: Stormbringer has an introduction from Alan Moore. That alone, I think, hints at the prestige of the book. Throw in the talents of Julie Blondel, Didier Pili and Robin Recht and you’ve a graphic novel to be proud of. I think anyone who buys Vol 1 and Vol 2 as a Christmas or birthday gift deserves a special super-cool badge. We’re talking that level of name recognition and awesome.

The good news is that the art and drama in Elric Stormbringer lives up to all the talent and infamy. The plot surges on.

Are there any catches? Sorta. We get to a proper chapter end but the story feels dreadfully incomplete. More coming? I should hope so… but we don’t get to experience any of the dreadful consequences of the bold actions taken in this chapter. Not really. Oddly; the anger of the elemental lord of Earth seems rather easy to ignore. Who knew?

If you want fantastic illustrations and the drama of very high drama then race to pick up Elric Stormbringer. This is a fantasy masterpiece on an epic scale.

This video tour below was made with Google+ and Auto-Awesome. This means a colour filter was applied. Consider the video to be a peek inside Elric: Stormbringer but not fully representative of the final art.

My copy of Elric Vol 2: Stormbringer was provided for review. You can pick up Elric Vol.2 – Stormbringer (Michael Moorcock’s Elric) from Amazon for £7.99 on Prime with a £10.99 RRP.

For chaos and love: A review of Elric Stormbringer 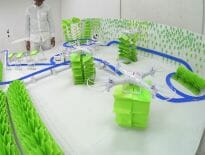 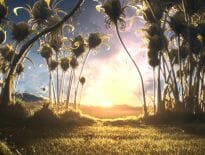