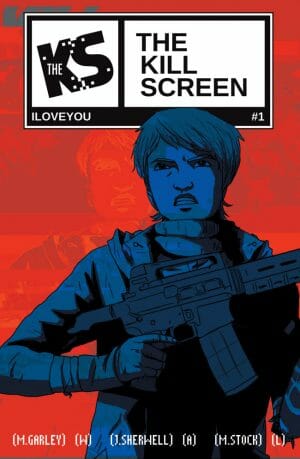 In geek history The Kill Screen was that point when a game becomes unplayable due to all the errors polluting the screen (or VDU). This isn’t a modern day problem as games are bullet tested but back in the 8-bit days it was an occasional occurrence.

This Kill Screen is a comic written by Mike Garley, lettered by Mike Stock and with Josh Sherwell providing the artwork. I tend to think of zombies and Dead Roots when Garley’s mentioned and that’s not far off when it comes to The Kill Screen.

In The Kill Screen mankind has been infected. The infection manifests as a strange pixilation effect that appears on a body like a rash. Actually, it spreads out from the body as if the whole world was nothing more than a screen or a collection of pixels. The mystery isn’t solved or even explored in the first issue- ILOVEYOU.

I’m a geek. I remember the ILOVEYOU virus that swept through office emails many years ago. It spread because it was programmatically effective but also because people found it very hard to resist opening an email that said; “I love you”. Is there a connection between this virus and the first episode of The Kill Screen other than the name? Perhaps. We certainly see the effects of love lost.

There’s wisdom in ILOVEYOU. This is a standalone story and yet it sets up the world view. We get an idea at what’s happened to humanity. We get a very good idea of how the Kill Screen infected behave like. We get an equally good idea what the plot lines will be like. ILOVEYOU suggests we’re in for some intelligent and alternative zombie fun.

My gut feeling is that Garley has found a strong vein of graphic novel goodness and one that he’ll be able to mine for a while. Equally, the partnership with Sherwell looks to be rock solid. There’s a bleakness about his style that seems appropriate. The bleak curves and shades of Sherwell’s humans are a contrast to the colours and sharp lines of the pixel Kill Screen effect. 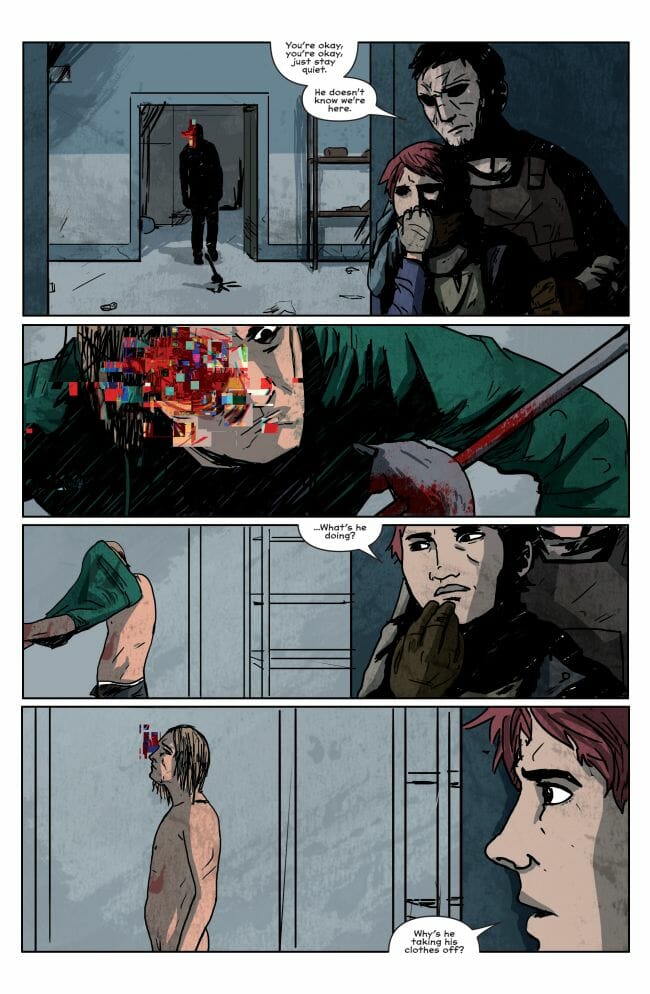 My copy of ILOVEYOU was provided for review. You can read more about the series at the comic’s website.

Anime Odd but catchy: A review of Magi – The Labyr…
💰 Copper Coins 💰 Geek Native is an affiliate and may earn commission on purchases you make from third-party sites.
🍪 Privacy & Cookies 🍪 The site uses cookies to survive. By accessing the site, you agree to use your browser to control cookie use or take 1d4-3 privacy damage (tracking). If you defeat cookies via ad blocking, please consider the Patreon. An intro to cookies, and how to control them, can be found here. I Manage Cookies