You are here: Home / TV / Anime / Odd but catchy: A review of Magi – The Labyrinth of Magic 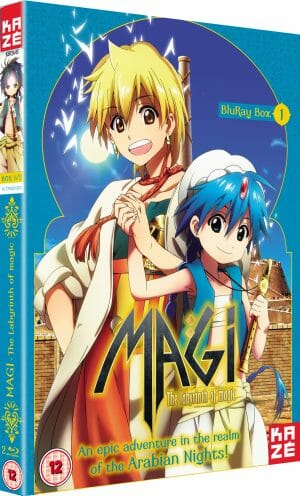 Magi: The Labyrinth of Magic @ Amazon

This is a review of season 1 part 1 of the anime Magi: The Labyrinth of Magic. It is Arabian Nights turned into an anime. Aladdin is a young boy who has escaped some sort of dungeon with a headless genie in a flute. Ali Baba is a teenager who works for merchants and dreams of conquering the magic Dungeons that occasionally spring up in the land.

The anime is odd for a few reasons and not just because Arabian styled animes are rare. Aladdin is hard to fathom. He’s young but I’m not sure how young. The writers have given him that innocent-heart-but-savvy-when-needed personality that we encounter so often in anime. At times it’s tired. At times it makes sense given his isolation and helps to drive the plot.

In particular; Aladdin does not know anything about the Magi. As he discovers more about the mysteries of the world so do we. It’s not a steep learning curve. In fact, I wish it was a little swifter.

Then there’s Ali Baba. I’m not sure whether there is supposed to be a “main hero” for the series but Ali certainly challenges Aladdin. Just as Aladdin flip-flops from innocence to street smart so does Ali Baba flit between confidence and insecurity.

In the first half of the series we follow our heroes meeting up and taking on a Dungeon together. This is a big task as everyone knows there is both treasure and power to whoever manages to conquer one. The two boys are not the only challengers. At times Magi feels more like a 15 cert than a 12. There’s blood, gore, combat and jiggling boobs. 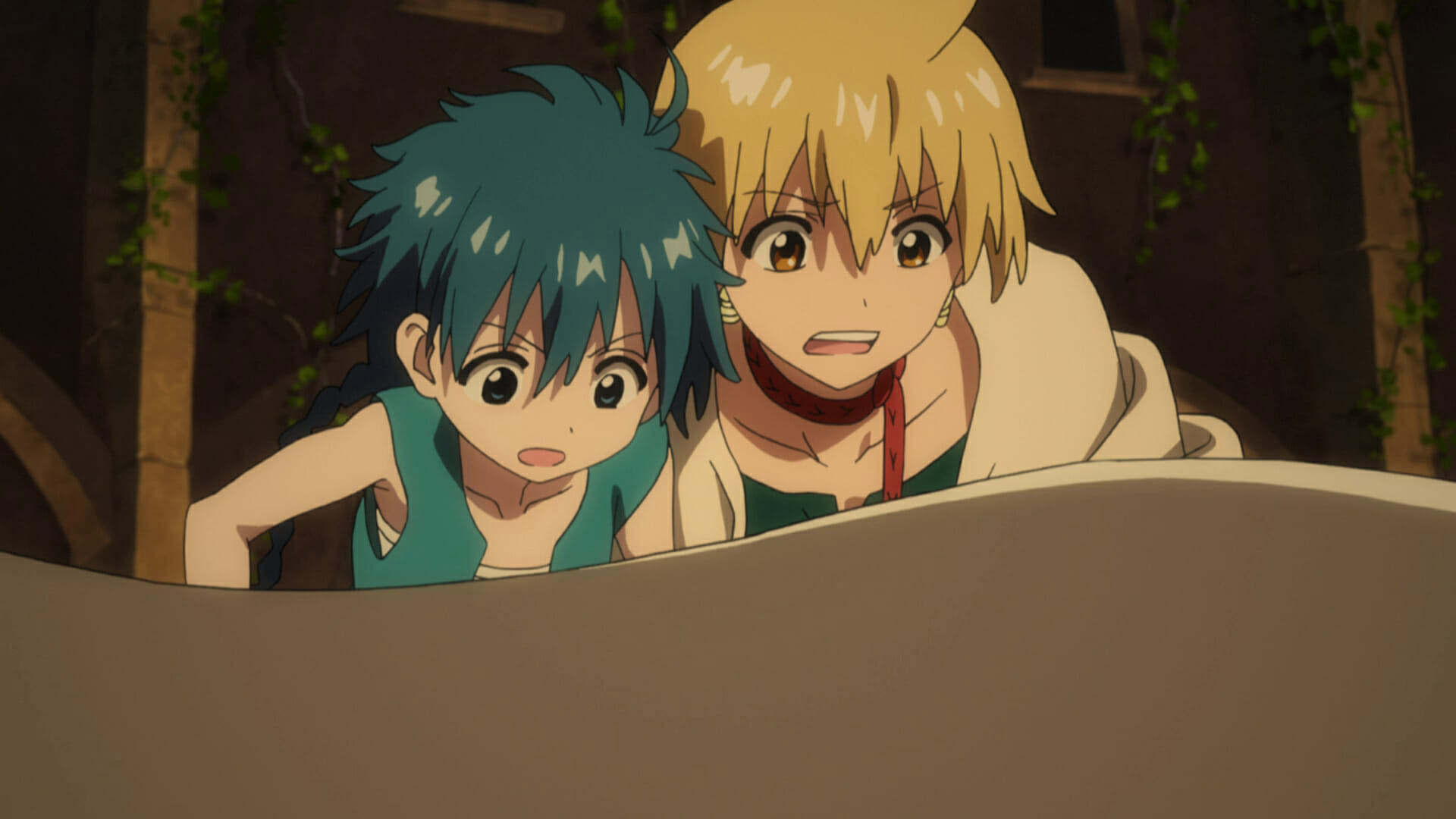 It doesn’t feel as if Magi: The Labyrinth of Magic should work. The characters are a little odd. The plot seems to peak really early and then get lost. The setting is unusual. The topics covered range from fan service to much darker issues.

Oddly, Magi does work. At least for me. The illustration is top of the line. The initial wandering story is setting up the world and slowly introducing characters. We meet Sinbad later on and stick with him for the final few episodes. I imagine he’ll be a bigger part in season two. Ali and Aladdin are joined by others – more interesting characters at that.

Magi feels like it’ll continue to ramp up as well. I went from having the disc sitting untouched for a while to rapidly watching the last few episodes on it. This is a story told in layers and each additional one adds some interest.

I recommend Magi. I’m just not sure who to recommend the series too. If you’re an open minded fantasy fan then you’re most likely to relate to it. My copy of Magi: The Labyrinth of Magic was provided for review. The DVD and Blu-ray were released in the UK in February 2014 by Manga UK

Odd but catchy: A review of Magi – The Labyrinth of Magic

Art Robert Chew’s mech animal illustrations
💰 Copper Coins 💰 Geek Native is an affiliate and may earn commission on purchases you make from third-party sites.
🍪 Privacy & Cookies 🍪 The site uses cookies to survive. By accessing the site, you agree to use your browser to control cookie use or take 1d4-3 privacy damage (tracking). If you defeat cookies via ad blocking, please consider the Patreon. An intro to cookies, and how to control them, can be found here. I Manage Cookies