Dead Roots is a zombie comic anthology, with a first edition just out, and a quarterly publishing schedule via Apple’s NewStand app. There’s a Kindle version in development.

The premise is simple but effective; Dead Roots follows the initial outbreak of a zombie plague. As an anthology is follows different people in multiple short stories, as they cope with the rolling apocalypse, and those people are related in someway – whether that’s by blood or love.

I really enjoyed my preview copy of Dead Roots. The start grabs your attention – how well do you think the authorities in 10 Downing Street would cope in the initial wave of a zombie outbreak? The first story, by Ned Hartley, art by Gavin Mitchell and letters by Mike Stock, lps set the scene for the following adventures. Zombies – yes. Mindless blood and gore – no. Don’t get my wrong, there’s blood and gore whenever the undead are involved but Dead Roots’ tales are deeper than that. They’re about the people.

A strong example of Dead Roots ability to tell a classic zombie story without being just a zombie story is Wheels (by Paul Alexander, art by Sally Jane Thompson and letters by Mike Stock again). I bet you start, as I did, just shaking your head at the inability of people to get their act together during the first zombie wave – only to be quickly backtracking by the panels come to a close.

As different writers and artists are used Dead Roots contains many different styles and flavours. This helps spice up the comic and add a bit of variety. In fact, at times it felt as if the Dead Roots team were comfortable with different and bolder techniques. Hide and Seek, for example, is a great story from Bhairavi Patel, but I found the lettering (by Mike Stock again) to be a little tricky to read at my usual zoom level. I had to pull the panels closer. It wasn’t wrong. It was just different.

Overall, Dead Roots is a quality anthology, a fantastic read and even bigger promise. Will Q2 be available to deliver just as strongly? You can pick it up here.

Disclaimer: My copy of Dead Roots was a preview release provided for review. 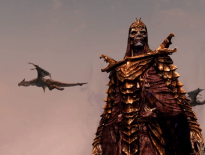