You are here: Home / Books / A look inside Crafty Games’ Terris: Wrought of Copper 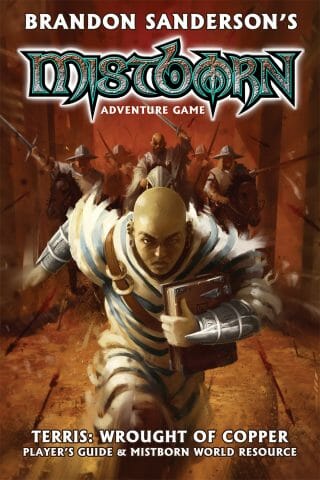 The sourcebook includes the adventure “Justice, like Ash” which gets characters involved in events that upset the Final Empire itself. A Terrisman stands accused of murdering an Obligator and the search for the truth will take players from Luthadel to the ancient streets of Tathingdwen.

Geek Native is lucky enough to be able to share some official text about living in The Terris Dominance.

The people of Terris are a proud and stubborn folk, who have faced incredible hardship and not only survive, but retain their ancient identity.

Of all the travesties visited upon the Terris people over the past millennium, none has had a greater effect on their collective psyche, or is more essential to understanding their development, than the breeding program. The brainchild of the Canton of Inquisition 800 years ago, it was created for a singular purpose — to remake Terris as a land without Feruchemy, in the image of the Lord Ruler’s ideals. The program remains the most vivid reminder of the extent to which the Terris people have lost their freedom…and the contempt in which they are held to this day.

Under this program, fertility is strictly and ruthlessly controlled. Only 1 in 8 Terris are allowed to bear children, and then only those whose bloodlines show no sign of Feruchemical ability or history of treason against the Final Empire. All men not selected as breeders are castrated as young boys, and women who get pregnant outside of the program are sentenced to death. Unfortunately, they are the lucky ones.

Those selected for the breeding program live their lives as prisoners in the great breeding compound in Tathingdwen, where they are forced to bring a new generation of Terrismen into the world. Any breeder who objects to their duties is beaten, and any who attempt to escape or harm an Obligator is killed. Pairings are determined by the whims of the Obligators who oversee the program, in the hopes of crafting a more docile population. Breeding men live in isolation and are released only for breeding assignments. Women in the program, known as Terris mothers, are fed herbal mixtures to increase fertility and forced to bear between 17 and 20 children, most from different fathers and many twins or triplets.

Children born in the compound remain for a minimum of four years, living in a great collective. During this time, the Obligators observe, test, and measure the children in order to select the next generation of breeders and eliminate any they consider aberrant. Those designated breeding stock will remain in the compound for most, if not all, of their lives. Those not selected are castrated and sent away to be raised and educated in Tathingdwen or villages beyond, as determined by the needs of the imperial census. Terris mothers who live long enough to see menopause are also allowed to leave the breeding compound and join the larger Terris community.

The program is brutal both in its simplicity and logic, but fortunately, many of the theories behind it have proven incorrect. After less than two centuries of the program and a sharp decline in the discovery of Feruchemists amongst the population, it was assumed Feruchemy was extinct, when in actuality the Keepers had simply become very adept at hiding Feruchemists. Likewise, attempts to breed a servile and compliant population have backfired by creating an entire Dominance that’s fully aware of the horrors of the system and who will do anything to save their people from it. The Synod does very little to disabuse the Steel Ministry of these errors, and actively pushes young Feruchemists into the program whenever possible in order to ensure Feruchemy lives on.

The breeding program has made Terris a nation of orphans, save for the lucky few born and raised naturally outside the influence of the Steel Ministry. Most Terrismen born to a breeder have no idea who their father, mother, brothers, or sisters are; and if they do, they have little bond to them. It is only by the kindness of strangers — the village they are sent to, the neighborhood they join, or the trade they apprentice in — that these children survive to find love, and a measure of peace.

Consequently, it is community, not family, that forms the basis of Terris society. Every member of the community — whether it is a village, neighborhood, or job — is expected to contribute their skills and resources to the betterment of the group, and can call upon that group for help whenever it is needed. Food and knowledge are shared freely and equally, and secrets are kept from the prying eyes of outsiders, even under threat of violence or death. This spirit of cooperation and mutual dependence has proven essential to Terris as it struggles to survive under the Lord Ruler’s dominion.

The Terris people live far to the north of the Central Dominance, at the northernmost edge of the Final Empire.

Most villages of Terris nestle on the lower slopes of mountains or in valleys, to better shelter them from high winds, snowfall, and rain. All are tiny (100 or fewer people) and based around subsistence farming, with perhaps one or two crafters, a supply depot, and a space for the infrequent travelers to stay.

Life is hard in the villages, as inhabitants try to scratch a living from the sallow earth. Technology is sparse at best, with most villagers using animals and hand-held tools for work. Culture is likewise inhibited compared with that of Tathingdwen — the people simply don’t have time for much entertainment beyond music, storytelling and the occasional poetry reading.

Unpaved roads maintained by crews from the villages connect the various settlements, enabling trade and shared harvesting work during the warm season. Weather conditions in winter may cut off valleys from one another, and from the capital. Therefore, each village must first and foremost be self-sufficient throughout the hardest times of the year. Beyond that, each must also produce food, textiles, lumber, stone, and other goods needed to support the city of Tathingdwen. Production beyond these high quotas are sold as goods for export.

Not all villages are built exclusively to support their residents, however. Along the Imperial Canal in the southern part of the Dominance are a few settlements that began as way stations for travelers and trade caravans. These small villages earn their keep through inns with extensive stables, food vendors, wagon repair, appraisers, and any other services that merchants or noble travelers might require as they head into the mountains or make their way to the capital. Fresh horses and pack animals are also available at these sites, allowing caravans to trade tired or injured animals for fresh ones.

Terris: Wrought of Copper is available from DriveThru RPG and Crafty Games’ store.

GeekNative Crafty_Games BrandSanderson I was thrilled and honored to edit that book! Great stuff from my friends at Crafty!

GeekNative Crafty_Games BrandSanderson I was thrilled and honored to edit a chunk of that book! Great stuff from my friends at #Crafty

A look inside Crafty Games’ Terris: Wrought of Copper 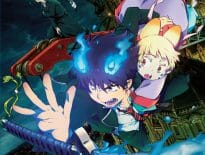