RAEX Games look to have a successful Kickstarter on their hands with the multi era tabletop RPG Kromore. At the time this posts goes live they still have 37 days to collect funds but are $1,000 over target so attention moves to their stretch goals.

Kromore first appeared on Kickstarter last year as a steampunk in space RPG that was looking for $20,000 and had big plans. RAEX’s second attempt feels much more focused even though rather than stressing Kromore’s ability to narrow in and do steampunk in space they’re presenting the game as multi era.

In other words Kromore is flexible enough to be used in various different ways. The era aspect isn’t a gimmick for the Kickstarter pitch though and is a key part of the game starting even at character generation. Metal Men (or Women) are a PC race (once the second Metal Army of Kalindar) but are only avaible from Era 2145 onwards.

I’ve a “press” version of the pre-release game and although I’ve not yet read it enough to give it a fair review, certainly not a playtest review, I’m familiar enough with the material to know that the Kickstarter isn’t making any false promises. Importantly, it feels as if RAEX aren’t trying to Kickstart the vapours of an idea for an RPG. 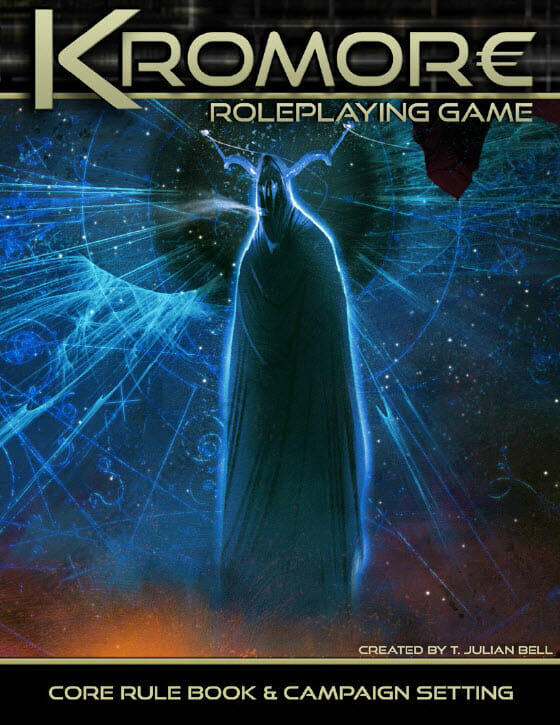 Pledges start at $20 and with that you’ll get a complete copy of the 350 page PDF. The earlybirds are all gone for the printed version and so you’ll need to step up to $50 to get the printed copy. RAEX are prepared to handle shipping out of the States and that adds a further $15 which isn’t bad at all.

The original Kromore pitch talked about a range of products; from computer games to board games. These extra plans aren’t gone but are presented (more safely) in the stretch goals. The hardback version of the game unlocks at $20,000, the ebook novel “The Tannarus Projects” unlocks at $35,000 and the Enemies & Engines Expansion Book unlocks at $100,000.

Will Kormore actually hit $100,000? With Kickstarter, frankly, anything is possible. The fact that they have a copy of the RPG of good enough quality to send to bloggers/reviews is a great sign. The art looks good. Roleplayers aren’t completely fed up of Kickstarter projects yet. 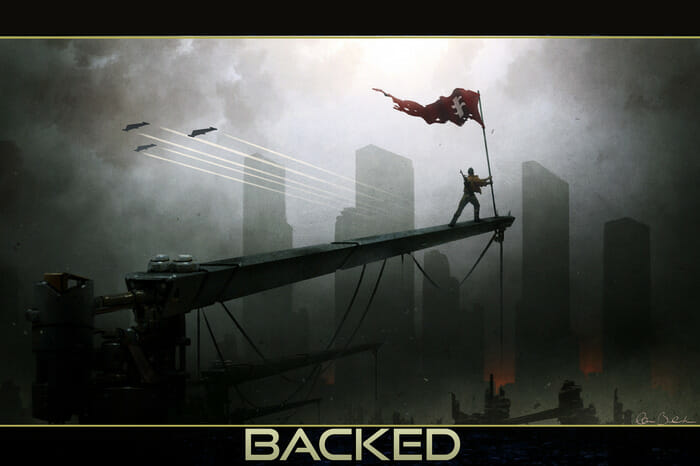 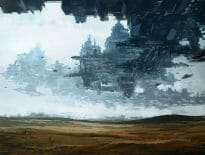 Art The art of Daniel Mohoric 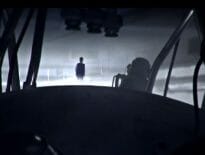